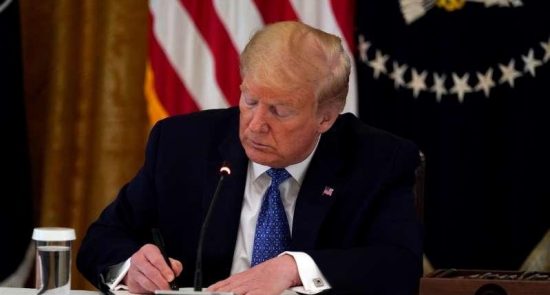 The U.S. said that it would not cooperate with an International Criminal Court probe into U.S. war crimes in Afghanistan, and slapped employees with economic sanctions.

But are the actions enough to deter the legal body, which was established within the U.N. but proclaims judicial independence in its endeavor to bring war criminals to justice, from implicating U.S. citizens despite the U.S. not being a member of the court?

“The ICC is trying to impose its own view of international humanitarian law — what we used to call the laws of war — on American operations in Afghanistan. If the ICC were to rule against U.S. soldiers and agents, it could authorize states to arrest them and hand them over to the court for trial,” John Yoo, a professor of law at the University of California at Berkeley and visiting scholar at The American Enterprise Institute (AEI) told Fox News. “The ICC is going too far. It is trying to exert power over a nation — the United States — that has refused to sign the treaty that created it.”

“The U.S. had already stated that it would not cooperate with the investigation, so the sanctions served to underscore the seriousness of U.S. opposition, and make clear to the Court that there would be ramifications for the decision to investigate American and allied officials and military personnel without consent,” said Brett Schaefer, a senior research fellow for international regulatory affairs at The Heritage Foundation.

“The ICC is supposed to operate under the principle of complementarity, that is, it only activates when it perceives national authorities as unwilling or unable to prosecute genuinely. The United States has conducted hundreds of criminal investigations into allegations from Afghanistan and elsewhere.”

From his lens, this shows that the U.S. has taken allegations of detainee abuse extremely seriously, has policies in place to prevent further abuse and has investigated complaints lodged even though many proved to be false.

“The United States, under any fair reading of the facts, has complied with its obligations under domestic and international law, including the Convention Against Torture,” Schaefer explained.

Attorney General William Barr also stated last week that the justice department had received “substantial credible information that raises serious concerns about a long history of financial corruption and malfeasance at the highest levels of the office of the prosecutor.”

However, it remains unclear just how many individuals will be targeted by the U.S. government and when. Although the ICC has around 1000 employees, Secretary of State Mike Pompeo indicated that the sanctions would be imposed on a “case-by-case” basis.