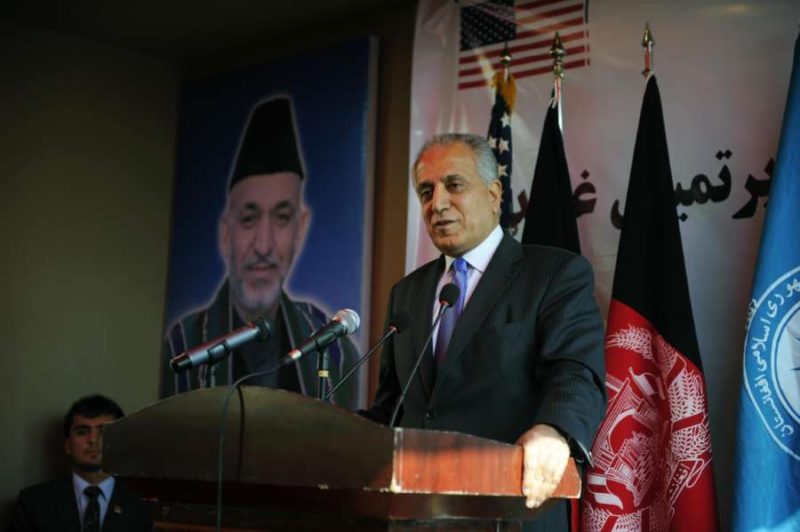 Zalmay Khalilzad, the US’ Special Representative for Afghanistan Reconciliation, met Afghan President Ashraf Ghani and his Chief Executive Abdullah Abdullah here for the first since American President Donald Trump abruptly called off the peace talks with the Taliban last month.

The meeting on Sunday focused on reaching a permanent ceasefire and concerns over delays in talks, with the politicians calling on the US to resume talks with the Taliban, TOLO News reported.

The Afghan government has made assurances that a comprehensive delegation is prepared for the intra-Afghan talks, and considers the ceasefire to be one of the pre-conditions to start talks.

“The meeting (on Sunday) focused on the achievement of a lasting peace in Afghanistan, and both sides called for the reduction of violence and ceasefire by the Taliban to begin inter-Afghan talks,” TOLO News quoted Abdullah’s deputy spokesman Omid Maisam as saying.

“We have consulted with political parties and with various people and the list has been made and includes individuals who will represent the Afghan people with dignity,” said President Ghani’s spokesman Sediq Sediqqi.

Sources close to the peace talks have said that Khalilzad’s trip was also linked to the release of two US university professors in Kabul.

“Khalilzad’s trip has two parts– one I think is about the release of US university professors that Khalilzad talked to the Taliban about, and the second is about the talks between US-Taliban that are likely to resume in the near future,” said Sayed Akbar Agha, a former Taliban commander.

Khalilzad had also travelled to Belgium, France and Russia prior to his trip to Kabul, and has talked with Chinese, Russian and Pakistani representatives about the Afghan peace talks.