2019 Survey of the Afghan People Reveals Concerns on Peace Deal 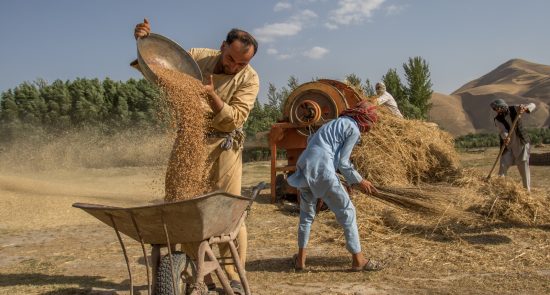 According to a new survey released today by The Asia Foundation in Kabul, Afghanistan, and Washington DC, Afghans report a slight uptick in optimism, with 36.1% of respondents saying the country is going in the right direction in 2019, up from 32.8% in 2018. Of Afghans who say they are optimistic, 26.3% point to “peace/end of war,” a significant increase from 16.4% last year.

Learn more at Afghanistan in 2019: A Survey of the Afghan People, an annual survey based on face-to-face interviews with a national sample of 17,812 Afghan citizens across all 34 provinces.

Peace talks with the Taliban are at the center of public attention. Given the importance of peace, elections, and reconciliation, new Survey questions in 2019 ask Afghans what they might be willing to sacrifice to reach a peace deal, including the constitution, democratic elections, freedom of speech, and the presence of foreign military forces.

“Increased optimism around the peace talks along with persistent fears about insecurity and the economy continue to influence Afghan views,” said Abdullah Ahmadzai, The Asia Foundation’s country representative in Afghanistan.

“Following the collapse of the talks and election delays (which took place after this year’s Survey fieldwork), prospects for a sustainable political settlement are unclear. More than ever, empirical data is a crucial resource for the future and development of Afghanistan.”