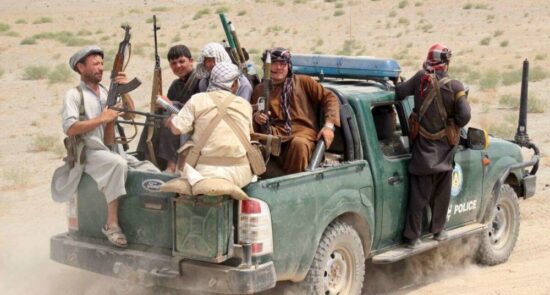 Ariana News Agency: The so-called popular uprising in Afghanistan has criticized the lack of military equipment in the north of the country to fight the Taliban.

The so-called People’s Uprising Forces criticized the Afghan government for not providing enough military equipment to fight the Taliban in the north of the country and demanded that facilities be provided to them.

The forces also said they had repeatedly asked government officials in Afghanistan to send them weapons and equipment, but had not received a response from the Afghan government.

“Dozens of former Afghan Vice President Abdul Rashid Dostum’s people are fighting the Taliban, but despite our request, no equipment has been sent to them so far,” said Barber Farahmand, deputy head of the Supreme National Reconciliation Council.

“If more help reaches the forces, the result will be better and the enemy will not succeed,” said Jamiat-e-Islami’s media adviser.

“Although we have police, security and national defense forces, we have difficulty managing them,” said a source familiar with the military.

A spokesman for the security and defense forces also lamented the lack of military equipment for popular uprisings, saying: “We will not send weapons to untrained people. Without military training the equipment will not be provided to anyone.”

Currently, all cities in Badakhshan, with the exception of the provincial capital, are now under Taliban control. More than 1,000 Afghan government troops have fled Tajikistan in recent days.