What Goals Saudi Arabia Seeks in Making Investment in Pakistan 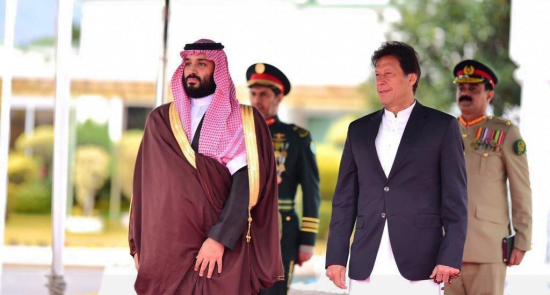 By Saudi Arabia's $12 billion investment in oil refinement in Pakistan, the country pursues its political plans rather than economic.

As reported by Qatar media, Saudi Arabia seeks to pursue two purposes in Pakistan; expanding its crude oil exports and implement its political plots in the country.

The regional economic experts believe that the Pakistan people will benefit less from this investment since the products of the refinery will be mostly exported.

The matter is the contract between the two countries is bind somehow that the Pakistani local worker are not supposed to work in the oil refinery due to the security sensitivities.

Indeed, Saudi Arabia’s intentions in setting up oil refinery in Pakistan is security and Political related rather than economic.

Indeed, the Saudis are trying to strengthen their presence in the region in order to monitor the neighbor countries’ activities including Iran, Afghanistan and Pakistan and to pave the way for themselves to organize and support militia in Baluchistan province.

Since Taliban Command Council is settled in Quetta-Pakistan by which the group’s most activities are directed, it can be anticipated that by Saudi Arabia’s presence we will witness more proxy activities by Taliban group.

Chain set up many projects in Pakistan, especially in Energy fields and Saudi’s presence in the country meant a growing rivalry for China.

Also by extending Saudi’s presence in the region, along with US policy to confine China’s role in world economy, President Trump and Mohammed bin Salman lobbied to imperceptibly control China in Pakistan.

To implement these behind-the-scenes plans, the experts believe that Imran Khan’s Palm must have been greased by US and Saudi Arabia.