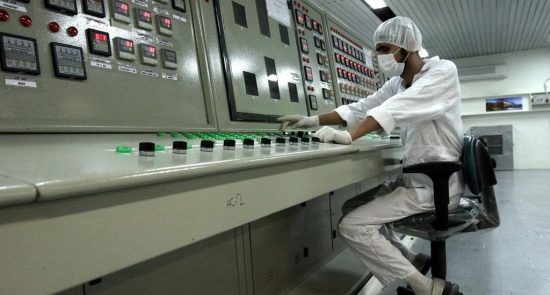 Iran has continued enriching uranium beyond limits set in the 2015 nuclear deal it signed with world powers.

The Joint Comprehensive Plan of Action (JCPOA), which has been in jeopardy ever since the United States unilaterally withdrew in 2018, set a limit of 300kg (661 pounds) of enriched uranium in a particular compound form, which is the equivalent of 202.8kg (447 pounds) of uranium.

In comparison to the latter number, the stockpile stood at 1,571.6kg (3,465 pounds) on May 20, at nearly eight times the limit, according to a confidential report by the International Atomic Energy Agency (IAEA) distributed to member countries and seen by the AFP news agency on Friday.

The IAEA reported that Iran has also been continuing to enrich uranium to a purity of 4.5 percent, higher than the 3.67 percent allowed under the JCPOA. It is also above the pact’s limitations on heavy water.

The 2015 nuclear deal, which was also signed by Germany, France, the United Kingdom, China and Russia, promised Iran economic incentives in return for the curbs on its nuclear programme.