Pakistan Plays Afghanistan Card to get US Support on Kashmir 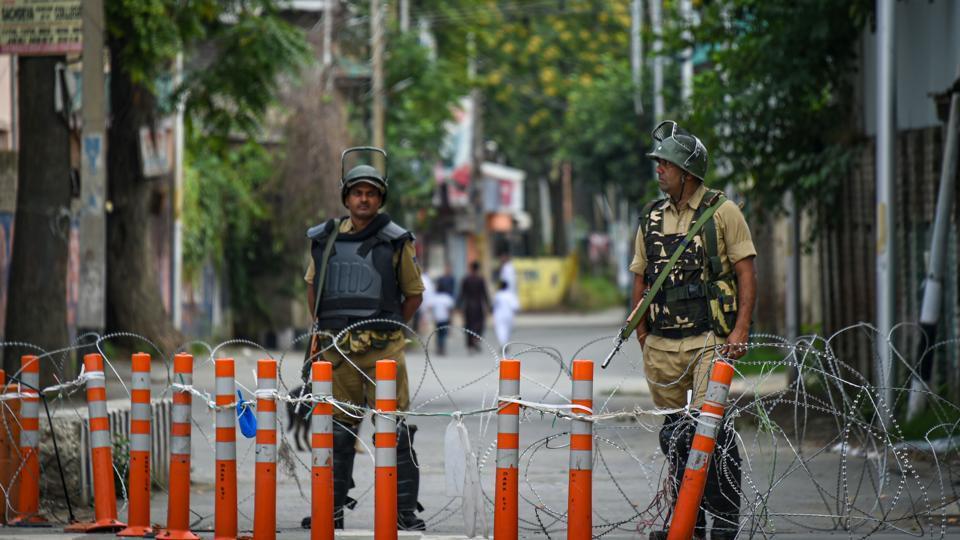 Pakistan’s envoy to the US has threatened that his country might redeploy troops from the Afghanistan border to the Indian frontier, a move that can complicate peace talks with the Taliban.

Asad Majeed Khan’s comments came against the backdrop of little support for Pakistan’s demand for intervention by the world community following India’s decision to revoke Jammu and Kashmir’s special status.

India has already dismissed Pakistan’s efforts to internationalise the Kashmir issue by describing the changes in Jammu and Kashmir as an internal matter. India’s envoy to the US, Harsh Shringla, has also said President Donald Trump’s recent offer to mediate on Kashmir is no longer on the table.

Poland, the current president of the UN Security Council, said on Tuesday that India and Pakistan should bilaterally resolve the Kashmir issue, aligning itself with the European Union and the UN in rebuffing Pakistan’s efforts to seek third-party mediation.

“We hope that both countries can work out a mutually beneficial solution bilaterally,” Poland’s foreign minister Jacek Czaputowicz told reporters at the UN in New York. The strained ties between India and Pakistan impact South Asia and could lead to “serious political and security consequences”, he added.

Poland, he said, agrees with the EU’s position on this issue. After its foreign affairs head Federica Mogherini spoke on phone with the Indian and Pakistani foreign ministers last week, the EU had said it “supports a bilateral political solution between India and Pakistan over Kashmir, which remains the only way to solve a long-lasting dispute that causes instability and insecurity in the region”.

Czaputowicz said the Security Council had received Pakistan’s letter and Poland’s permanent representative will “start consultations” about it soon. He spoke of the Security Council discussing the letter, but it could not be immediately ascertained if the body will meet to discuss Kashmir, as sought by Pakistan, or it will hold consultations to determine its response.

In an interview with The New York Times, Khan said India’s decisions on Kashmir “could not have come at a worse time for us” because Pakistan had tried to strengthen military control along the Afghan border, which has long been infiltrated by the Taliban, as part of efforts to end the war in Afghanistan.

“We have our hands full” on the western border, Khan said, adding: “If the situation escalates on the eastern border, we will have to undertake redeployments.” Pakistan was “not thinking about anything but what is happening on our eastern border”, he said.

Such a possibility could add a new element to peace negotiations between the US and the Taliban, which are believed to be in the final stages. Pakistan is “doing all that we can and will continue” to back the peace talks, Khan said.

In an article in the Washington Post, Khan referred to the offer made by Trump to mediate on Kashmir during a meeting with Pakistan Prime Minister Imran Khan last month and said it was a “sign of immense goodwill that the people of Kashmir enthusiastically applauded”.

“The time is now for the US to make good on Trump’s offer of mediation – not for Pakistan’s sake or for India’s sake, but for the sake of the only people who have not been heard since India gagged them a week ago: the people of Kashmir themselves,” he wrote.

Khan contended India’s actions had put “South Asia on the brink of conflict for the second time in less than six months” and Imran Khan had warned the world community of “catastrophic consequences should India’s latest act of recklessness lead to conflict”. However, India’s ambassador to the US, Shringla, said on Monday Trump’s offer to mediate on Kashmir had been rejected by New Delhi.

“That has been the US’s long-standing policy. The UN Secretary-General was also very clear – he says this issue has to be resolved bilaterally between India and Pakistan in keeping with the agreements that the two countries have signed, the Simla Agreement and the Lahore Declaration. This is not an issue that is to be settled with third parties and I think that was something President Trump clarified.”

The US state department has clarified that there has been no change in its policy on Kashmir as it called on India and Pakistan to hold a dialogue to resolve their differences.

In a related development, Pakistan foreign minister Shah Mahmood Qureshi has said it won’t be easy for Islamabad to get the support of the UN Security Council and Muslim countries on the Kashmir issue.

“You should not in live in a fool’s paradise. Nobody will be standing there (in the UN Security Council) with garlands in their hands…Nobody will be there waiting for you,” he told the media in Muzaffarabad, the capital of Pakistan-occupied Kashmir, on Monday.

During a phone call with Qureshi on Monday, the Polish foreign minister had said the Kashmir issue “could only be solved through dialogue, as also called for by the European Union”, according to a readout from Poland’s foreign ministry.