Iran Warns Israel against Aiding US Mission in Strait of Hormuz 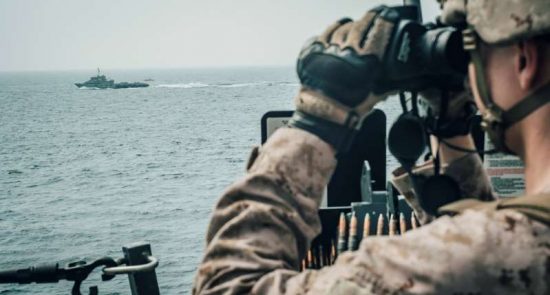 Iran has warned Israel against aiding a United States-led maritime mission in the Gulf, saying it reserved the right to confront such a "clear threat".

The comments on Friday by foreign ministry spokesman Abbas Mousavi came after Israeli media reported that Israel’s Foreign Minister Israel Katz had told colleagues in a closed-door meeting on Tuesday that the country was assisting the US-led coalition with intelligence and other unspecified aid.

Israeli officials have declined to confirm or deny the reports about Israel’s involvement in the naval mission that the US has said is needed to “combat Iranian aggression” in the strategically important Strait of Hormuz.

In a statement, Mousavi said Iran would view any support offered by Israel as a “clear threat to its security, sovereignty, and territorial integrity, and a crisis-provoking and destabilising element” in the region.

“The Islamic Republic of Iran reserves the right to counter this threat and defend its territory within the framework of the country’s deterrence and defensive policy, and will have no hesitation in translating it into action as part of its defensive policies,” he added.