Saleh: Taliban have seized power by force and have no legitimacy / We will not surrender to the Taliban 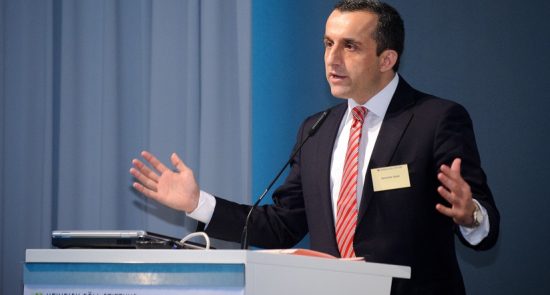 Ariana News Agency: Ashraf Ghani's deputy stated that the Taliban had no legitimacy and stressed that he would not agree to surrender or reach an agreement with the Taliban.

Ashraf Ghani’s deputy, Amrullah Saleh, said in an audio message that he would not agree to surrender or reach an agreement with the Taliban.

“Our political goal is to allow the people of Afghanistan to talk about the nature and type of government, we are ready to negotiate,” Saleh said. But if we are asked to agree or surrender, we will not do so.

He reiterated that under Afghanistan’s constitution, he is now acting president.

He added: “We have legitimacy, power that is gained by force does not gain legitimacy.”

The remarks came as Saleh recently announced on his Twitter page that, in accordance with the explicit provision of the constitution, in the absence, escape or death of the president, his first deputy would be acting president.

We remind you that former President Mohammad Ashraf Ghani left Afghanistan for Dubai with four trucks of money after the Taliban reached the gates of Kabul.