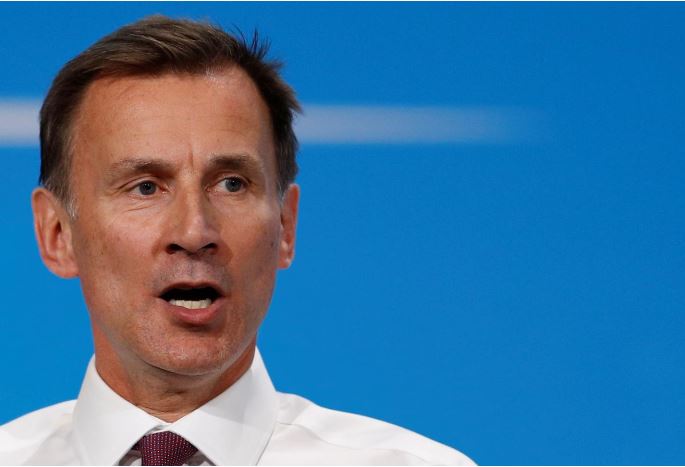 British foreign minister Jeremy Hunt said on Saturday that he was worried that Iran had taken a “dangerous path” after it seized a British-flagged tanker on Friday in the Strait of Hormuz.

Iran’s Fars news agency reported that the Stena Impero had been taken to the port of Bander Abbas, which faces the strait, after it said the tanker had been involved in an accident with an Iranian fishing vessel.

“Yesterday’s action in Gulf shows worrying signs Iran may be choosing a dangerous path of illegal and destabilising behaviour after Gibraltar’s legal detention of oil bound for Syria,” Hunt said on Twitter.

“As I said yesterday our reaction will be considered but robust. We have been trying to find a way to resolve Grace1 issue but will ensure the safety of our shipping.”

The British navy seized Iran’s Grace 1 tanker in Gibraltar on July 4 on suspicion of smuggling oil to Syria in breach of European Union sanctions.

Hunt also said he was very concerned about the loss of contact between jailed British-Iranian aid worker Nazanin Zaghari-Ratcliffe and her family after she was moved from a prison in Tehran to a psychiatric ward in a hospital.

“We’d hoped this meant she was getting medical treatment she needs but the fact that she has been cut off from contact with her family is giving us huge cause for concern,” he tweeted.

Zaghari-Ratcliffe, a project manager with the Thomson Reuters Foundation, was arrested in 2016 at a Tehran airport as she headed back to Britain with her daughter after a family visit. She was convicted of plotting to overthrow Iran’s clerical establishment and sentenced to five years in jail.

Her family and the Foundation, a charity organisation that operates independently of Thomson Reuters and Reuters News, deny the charge.