Ariana News Agency: Revealing the details of the Kabul airport incident, a local media outlet reported that most of the victims were killed by direct fire from US troops.

An eyewitness who helped transport the victims’ bodies after the Kabul airport incident told the media that most of them were killed not by ISIS suicide bombers but by direct fire from US troops.

He added: “Some say that ISIL targeted these people from behind, but when I examined the bodies, I saw that most bullets that hit the people came from above and hit the people on the head, neck and chest, and the lower the bullets.”

The eyewitness continued: “This shows that the people were crowded and there was no place to shoot and all the shootings were carried out by the Americans from above.”

A BBC correspondent in Kabul also reported that many people said that their relatives were not killed in the blast but were killed by foreign troops after the blast. 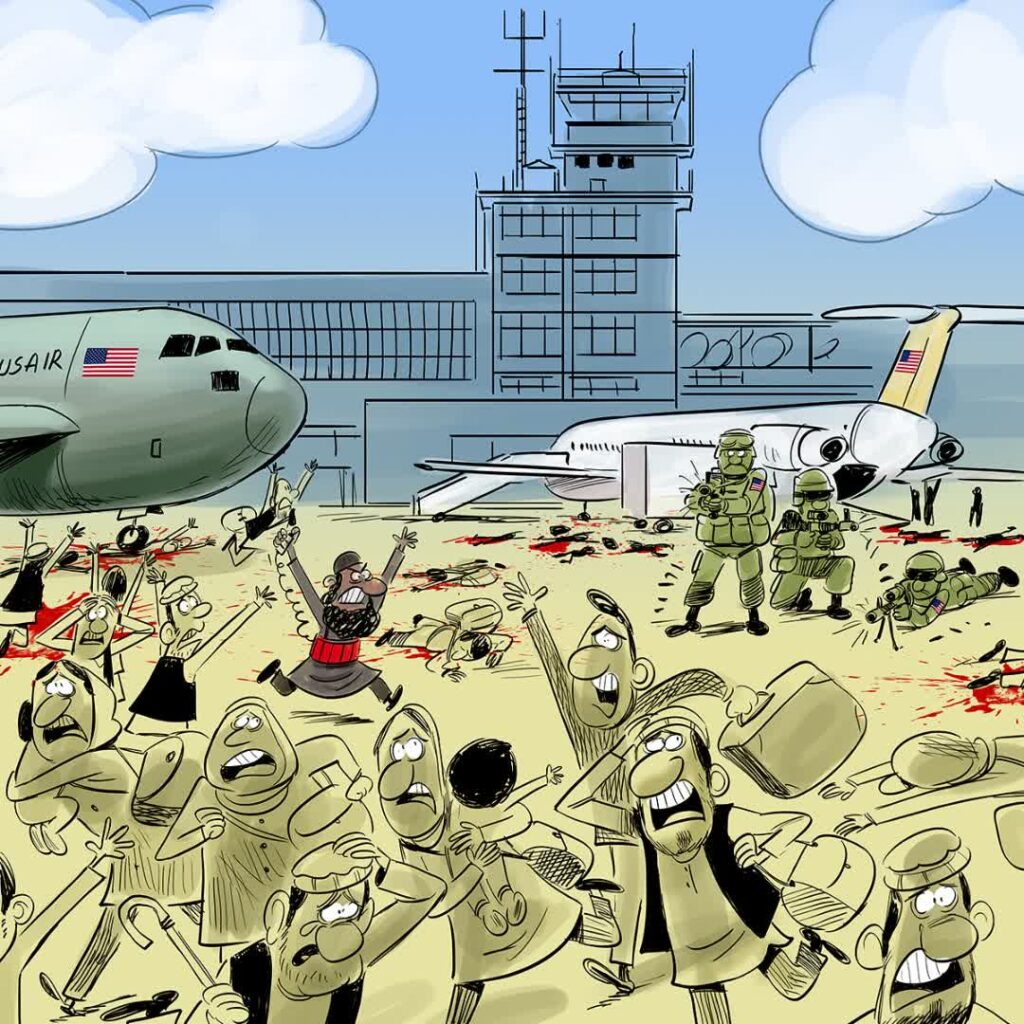