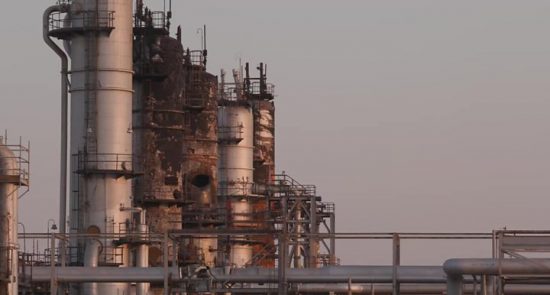 The UN has welcomed a proposal from Yemen to end all attacks on Saudi Arabia as part of a peace initiative.

Houthi rebels have claimed to have carried out the attack, but the US and Saudi Arabia have blamed Iran. Tehran denies any involvement in the strikes.

Yemen’s civil war has killed 10,000 and pushed millions to the edge of starvation in what has become the world’s worst man-made humanitarian disaster.

Saudi Arabia and its regional allies drastically escalated the conflict in 2015 when they launched an air campaign against the Houthis, who had ousted President Abdrabbuh Mansour Hadi and seized the capital, Sanaa.

The Houthis have launched numerous drone, missile and rocket attacks on the Gulf kingdom.

What have the Houthis offered?

In a televised announcement, Houthi Supreme Political Council chair Mahdi al-Mashat said the group would end all strikes on Saudi Arabia, provided the kingdom and its allies did the same.

“We reserve the right to return and respond in the case there is no reaction to our initiative,” he said, and called on all parties in Yemen to work towards “comprehensive national reconciliation”.

On Saturday, UN Special Envoy for Yemen Martin Griffiths welcomed the halt on strikes and the calls for a political solution.

“The special envoy stresses the importance of taking advantage of this opportunity and moving forward with all necessary steps to reduce violence, military escalation and unhelpful rhetoric,” a statement issued from his office read.

What about the attacks on Saudi oil facilities?
The Houthis have repeatedly claimed responsibility for the attacks on the Abqaiq oil facility and the Khurais oil field on 14 September which affected markets around the world.

But both the Saudis and the US have laid the blame squarely on Iran.

Saudi Minister of State for Foreign Affairs Adel al-Jubeir on Saturday said the weapons used were Iranian and vowed to release their full findings.

Speaking to reporters in Riyadh, Mr Jubeir said his government was in consultation with allies and would take “necessary measures” after its investigation was complete, without giving details of possible actions.

“The kingdom calls upon the international community to assume its responsibility in condemning those that stand behind this act, and to take a firm and clear position against this reckless behaviour that threatens the global economy,” he said.

The Trump administration backs the Saudi accusations. Unnamed senior officials have told US media that the evidence suggests the strikes originated in the south of Iran.

Officials on Friday announced a moderate deployment of US troops to Saudi Arabia, to help boost its missile and air defences.

But the head of Iran’s Revolutionary Guard in Iran, Maj Gen Hossein Salami, warned on Saturday that the country’s “readiness to respond to any aggression is definitive”.

Speaking at the same event, the head of the Guards’ aerospace branch, Brig Gen Amirali Hajizadeh, said the US ought to learn from its past failures and that any attack on Iran would receive “a crushing response”.

The country’s Revolutionary Guard Corps (IRGC) are an elite branch of Tehran’s military and have been designated a terrorist organisation by the US.

Iran, the regional rival of Saudi Arabia, is an opponent of the US, and tensions between the two have risen markedly this year. The US said Iran was behind attacks on two oil tankers in the Gulf in June and July, as well as on another four in May – accusations rejected by Tehran.