Member of Provincial Assembly (MPA) Moavia Azam has been included in the Punjab Assembly’s committee on sectarianism as an approver, revealed Secretary Muhammad Khan Bhatti.

The Punjab Assembly secretary Muhammad Khan Bhatti revealed that Moavia Azam would technically be serving as an approver for the committee.

In this regard, Amer Hosseini, the writer of Pakistani Lubpak Newspaper raised a great question how a person with Takifiri beliefs who have tried to cause split between Islamic faiths and acted against Pakistan Muslims can be included in a assembly of compiling books of Islam history and how he can cooperate impartially with the Assembly. 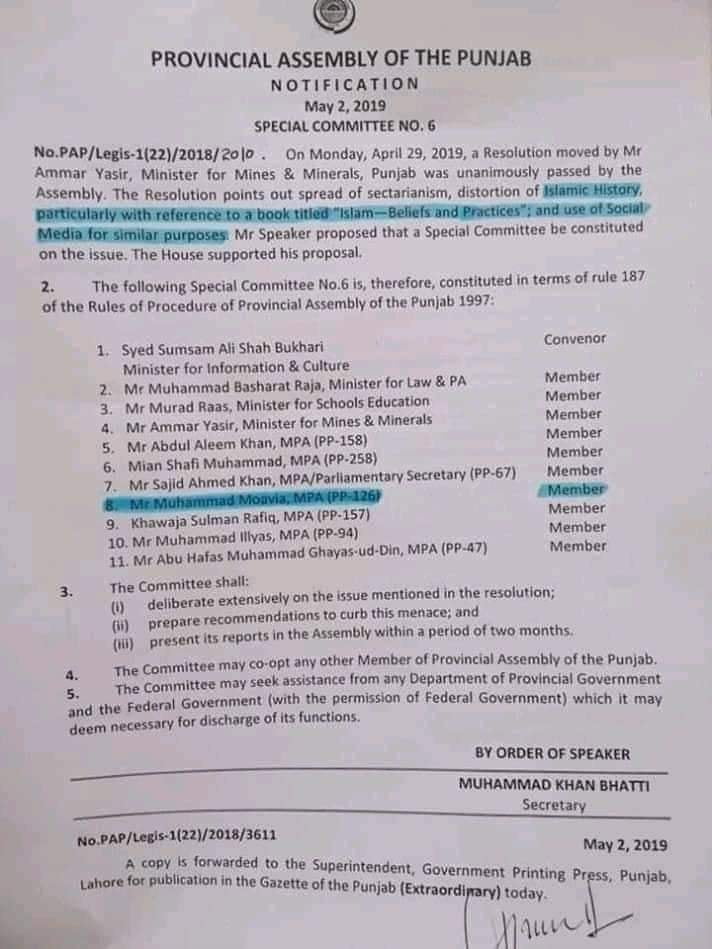