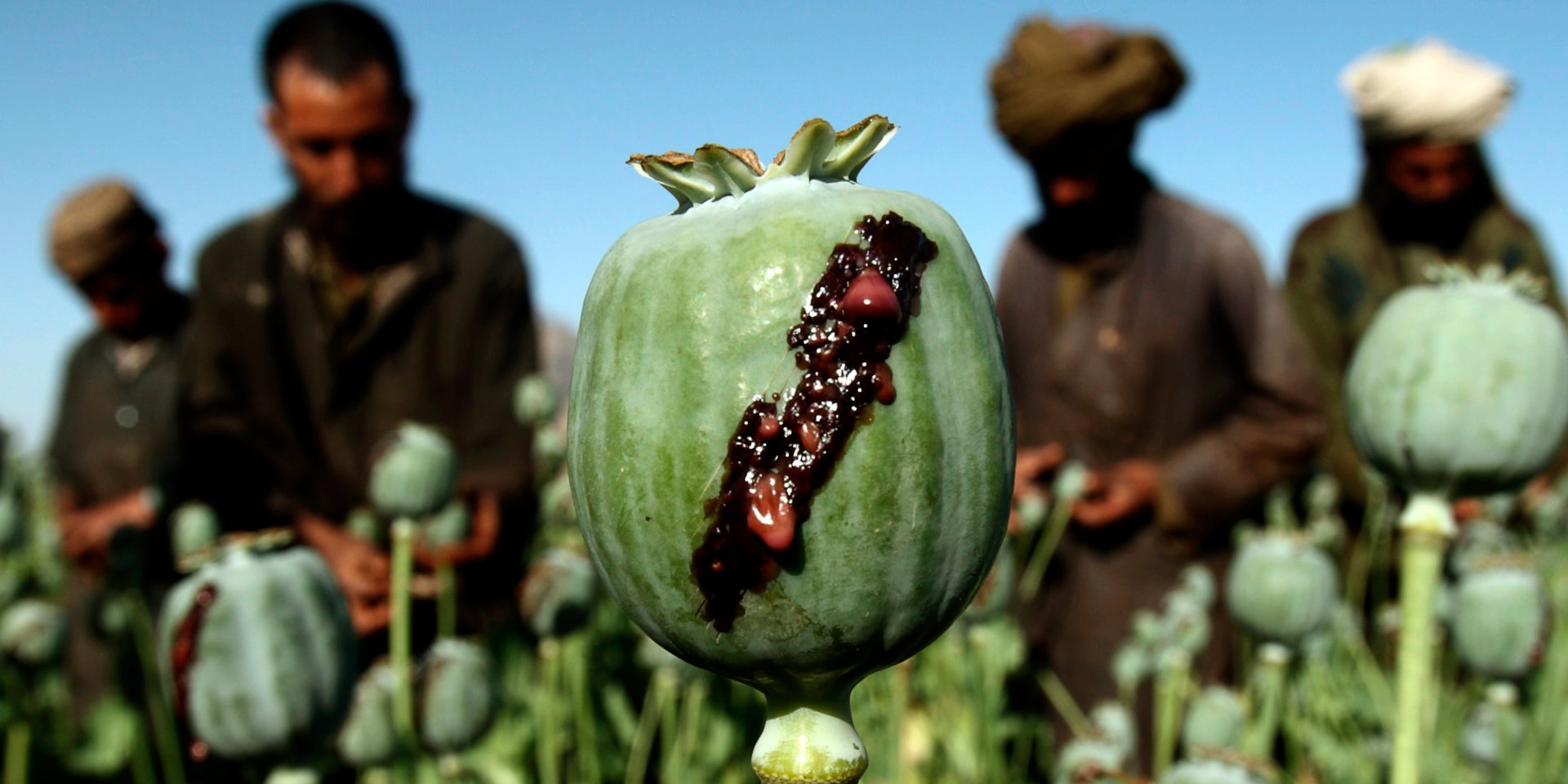 The US-led war in Afghanistan turned 18 in October, but almost two decades of fighting and rebuilding appear to have yielded little progress.

Speaking at the Wilson Center last month, Special Inspector General for Afghanistan reconstruction, John F Sopko, said the counternarcotics effort in Afghanistan, for example, has been “a total failure”.

The US Drug Enforcement Administration has “done a yeoman’s task there” and the special Afghan units they’ve trained have “made wonderful seizures” Mr Sopko said.

“The Afghans, with the cooperation of the DEA, have actually seized more drugs in Afghanistan than I believe we in the United States have seized on the Mexican border.”

Nevertheless, “the amount seized over … I think it’s the last 10 years still is less than 5% of the crop that was grown last year – 10 years of seizures, less than 5%.”

“So you’re never going to work your way out of that by just seizures alone,” he said.

“That’s an area where we definitely have seen no improvement. If anything, I think we’ve probably gone back.”

The Taliban banned opium in 2000, leaving many farmers destitute but causing drug production to hit a historic low in 2001, when the US invaded Afghanistan.

The invasion and collapse of governing institutions opened up a vacuum that allowed cultivation to increase, leading to more robust counter-drug efforts by the US-led coalition. 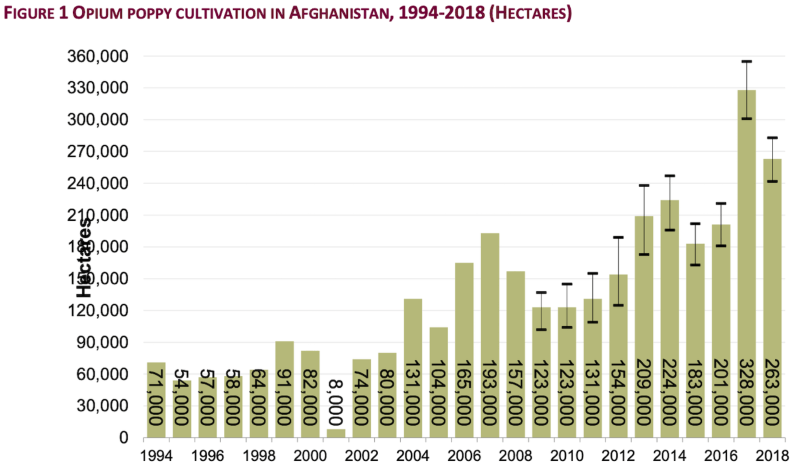 According to a 2018 SIGAR report, “from 2013 to 2016, drug production continued at or near the highest levels ever consistently seen in Afghanistan”.

The report also found the US allotted about $8.62 billion to fight drugs in Afghanistan between 2002 and 2017.

In 2018, opium cultivation covered 263,000 hectares in Afghanistan, according to the UN Office on Drugs and Crime.

“We created a counternarcotics court to handle the narcotics issues,” Mr Sopko said.

“They try a lot of people, but they try the poor slob who happens to be a the scene of the crime and not the big fish.”

Mr Sopko said there had been progress in other development efforts, but each came with downsides.

“Education has improved, so our work in that area has helped. Whether all the money was spent wisely, I don’t know,” Mr Sopko said.

“The number of kids going to school has improved over time. How much we can say is related to US programs vs the fact that other donors were involved, we can’t tell.”

“Healthcare has improved, particularly maternal healthcare … that’s mainly been in the major cities.”

According to Mr Sopko, the Afghan military has improved, although it was hard to pinpoint by how much, “because our government no longer collects data on indica of improvements, which we find a little disconcerting.”

“For years, they had different ways to rate the improvements in the military, and every time we went to audit, our military would change the goalposts, and after a while, they just stopped collecting the data,” he said.