Taliban Left 14 Militiamen Dead in a Attack in Western Afghanistan 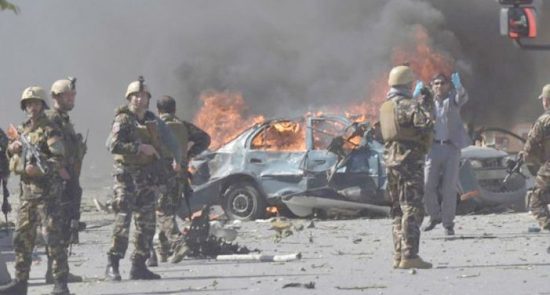 An Afghan official says the Taliban have killed at least 14 members of a pro-government militia in an attack on checkpoints in the western Ghor province.

Abdul Hai Khateby, the spokesman for the provincial governor, says seven other militiamen were wounded in the attack late Friday, with two of them in critical condition.

The Taliban, who effectively control about half of the country, carry out daily attacks on Afghan security forces and government targets. The U.S. has held several rounds of talks with the insurgents in recent months aimed at ending the nearly 18-year war.