Taliban doesn’t get hands off Afghan’s back, Hazaras slaughtered in Australia 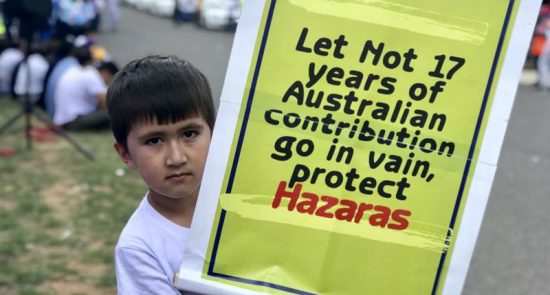 Even safely resettled in Australia, the spectre of Taliban violence still haunts the targeted minority group.

Ariana News Agency- Australian members of the ethnic Hazara diaspora are desperately calling upon their government to do more to protect civilians in Afghanistan in the wake of heightened violence in the districts of Malistan and Jaghori.

As Australian parliament resumed in Canberra on Monday for its final sitting of 2018, dozens of Hazara Australians sat outside demanding action to prevent the “Talibanisation” of Afghanistan, including their rural highland homelands known as Hazarajat.

“The effects of the recent violence on the Hazara families in Australia have been profound,” Niamatullah Ibrahimi, an associate research fellow at Deakin University, told Al Jazeera.

“Most Hazaras in Australia have recently come from Afghanistan and have close immediate family members who live in the districts of Jaghori and Malistan, some have their family members or friends killed in these attacks.”

Sajjad Askary, a 22-year-old refugee activist based in Melbourne, said it’s difficult knowing what family members are going through back home.

“There is that psychological pressure that comes here, on my family, on my brother, because when [Hazaras] are being targeted we can feel because we have been through those targets,” said Askary.
“My father was killed by a militant. My mum is in pain because of her family, so we are also in pain. We are also in sorrow.” 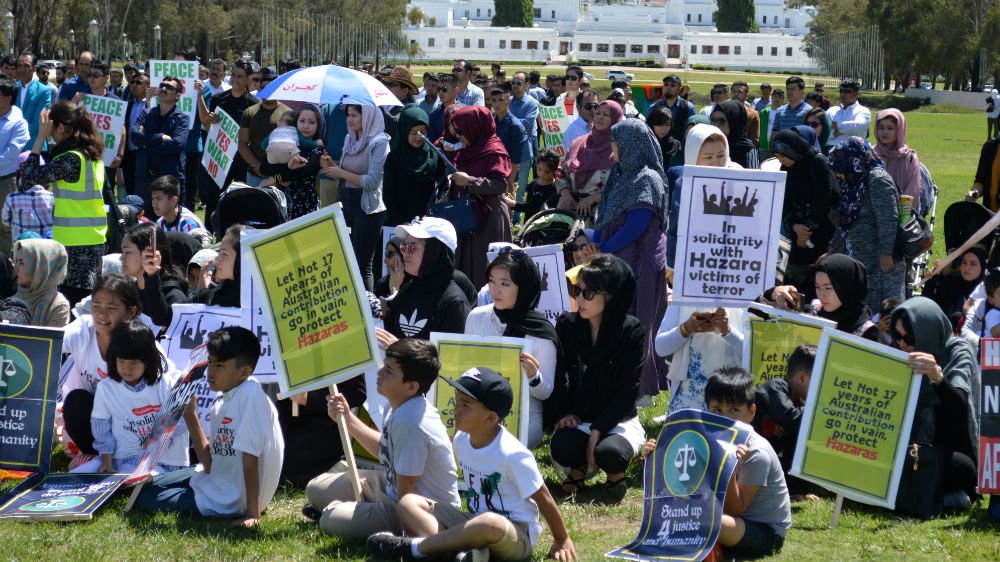 Hazaras, who are distinct in their Asiatic appearance from other ethnic groups in Afghanistan, speak Persian and mainly practice Shia Islam, have long been targeted by Sunni armed groups such as the Taliban and more recently affiliates of Islamic State of Iraq and the Levant (ISIL also known as ISIS).

Consequently, Hazaras have become one of Australia’s most prominent refugee communities, estimated to account for some 50,000 people.