Peace High Council And The Process of Negotiation With Taliban 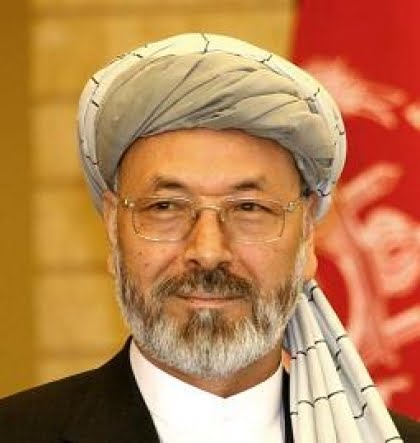 Mohammad Karim Khalili the head of peace high council   in the meeting of general assembly of the council held in Kandahar recently asked Taliban to join the process of peace.

He has said that the aim of peace proposal suggested by the unity government to Taliban and other armed opposition groups is not surrendering to the government of Afghanistan but the peace high council wishes a honorable peace for all involved parties involved in the conflict.
Professor Khalili has said that we never access country wide peace via foreigners; they can only support the peace process.
He has insisted that the leadership of the council is ready for every kind of sacrifice for reaching peace and never afraid the conspiracies are underway again the peace high council.
The new statements of the head of peace high council are the continuation of efforts of the council for drawing Taliban to the negotiation table.
Earlier the council gathering about 700 religious scholars made every effort to have their outlooks about starting peace negotiations with Taliban.  Also, the council for reaching its noble goal conducted    consolatory meeting with youths and civil society activists and proposed unconditional negotiation with Taliban. These were the most significant endeavors effort s has carried out by the council so far.
Meanwhile, Afghan president in a conference held in Kabul proposing a series of package encouraged Taliban to peace.
Mr. Khalili visited Indonesia two times for the purpose. The tour of Indonesian president to Kabul and the readiness of that country for holding the religious scholars meeting to discuss Afghan issue are among the efforts of peace high council and the Islamic State of Afghanistan to make Taliban ready for joining peace negotiations, but unfortunately, they presented a positive response.
A number of political elites insist that since Taliban are a project established by foreign intelligence services for special purposes they will not attend any peace talks because they have no will of their own, as President Ghani delivering a speech asked Taliban not to give their destiny to the foreigners.
On the other hand some critics of the state even some authorities of the state do not consider peace high council as an effective organ and not succeeded to accelerate peace process therefore they ask for concluding the council.
Some parliament members insist that the peace high council instead dealing with peace affairs has changed in to a political campaign center, therefore it should be canceled. The also claim that peace high council have spent millions of dollars but have no any achievement.
Some political analysts say some members of the council have no adequate knowledge in diplomacy and management of crisis. Because discussing the relevant issues with Taliban is not limited to Afghan territory, but many intelligence services and international organization are also involved in the process.
According to them, the opening of Qatar office indicates that peace high council has no any initiative and left behind on the margin. So far it not succeeded to know the address of its enemy and oppositions and for two year its address was a dead person this Mullah Omer the late leader of Taliban.
Some politicians have suggested that instead of peace high council a mediating commission concluded from experts and elite people to be established to offer technical and scientific advises to the state relevant authorities on the way conducting peace negotiations with armed opposition groups.