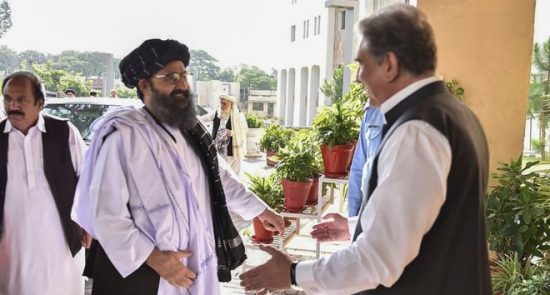 The 11 Taliban reported freed included a member of the militant Haqqani group.

The Indians released on Sunday were part of a group of seven engineers kidnapped more than a year ago with their driver in northern Afghanistan.

The news came after the Taliban were said to have met the US peace envoy for the first time since talks collapsed.

Zalmay Khalilzad reportedly met senior members of the group in Pakistan last week, almost a month after President Donald Trump cancelled secret plans to host a Taliban delegation in the US.

Three key Taliban figures were released from prison in Afghanistan, according to the source within the militant group, including the former “shadow” governor of Nimroz province.

The New York Times reported that Abdul Rashid Baluch was previously listed as a Specially Designated Global Terrorist by the US Treasury Department. He was accused of deploying suicide bombers and helping finance the Taliban through the drugs trade in Afghanistan.

A second “shadow” governor for Kunar province, and a member of the powerful Haqqani network, which is said to have been behind co-ordinated attacks on both Afghan and Nato forces in recent years, were also said to be among those released.

Another eight militants were freed as part of the deal, the Associated Press news agency reported.