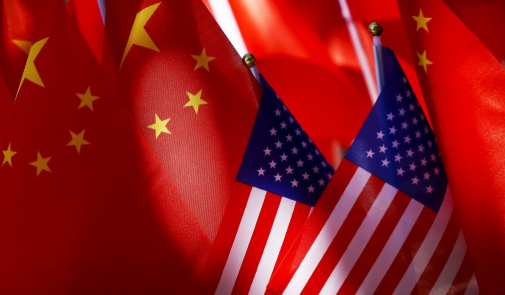 The UN just weighed in on who’s winning the trade war between the U.S. and China. Neither one.

“The U.S. tariffs on China are economically hurting both countries,” according to the report, which tries to measure the extent to which higher import taxes are causing a decline in trade between the world’s two largest economies.

U.S. tariffs on Chinese goods have led to a more than 25% drop in the imports of those goods during the first half of the year, according to a new analysis by the United Nations Conference on Trade and Development. The UN says that actually “shows the competitiveness of Chinese firms, which despite the substantial tariffs, were still able to maintain 75% of their exports to the U.S.”

Meanwhile, American imports of Chinese products that didn’t get the new tariffs stayed relatively stable and even increased in the second quarter of this year — probably the result of front-loading.

The paper also calculates that President Donald Trump’s tariffs diverted trade amounting to about $21 billion for the first half of 2019, bringing “substantial benefits” to a handful of non-combatants:

The hardest hit product category is office machinery, imports of which have plunged 65%, according to the UN. Agriculture and food, communication equipment and precision instruments fell by more than 30%.

But the UN can’t definitively answer the bigger question for politicians in Washington: What’s been the effect on U.S. consumer prices? The analysis “finds implicit evidence that the cost of the tariffs has been generally passed down to U.S. consumers. However, it also finds some indication that Chinese firms may have only recently started to react to tariffs by reducing their export prices, thus absorbing part of the cost of the tariffs.”

Confidence among euro-area industry executives is at the lowest since 2009 when it comes to exports in the months ahead, according to the European Commission. It’s the latest sign that the regions’s already-battered industrial sector has taken an additional hit from the looming threat of new U.S. tariffs and the lingering uncertainty over U.S.-China trade tensions.

An ultimatum | China is setting its price for signing an interim trade deal with the United States: ditch the tariffs. The question is whether Trump is willing to pay it. Not winning yet | Indonesia’s textile industry is on the cusp of a new boom thanks to shifting global supply chains, a bright spot in a nation struggling to benefit from the U.S.-China trade war.

The U.S. is encouraged that Japan and South Korea are showing their first signs of a thaw in a yearlong feud that’s disrupted exports between two of Asia’s largest economies.

French connection | China and France vowed to uphold multilateralism and free trade and build an open global economy, as President Xi Jinping nears a phase one trade deal with the U.S. Emulating Trump | Prime Minister Narendra Modi is selling his refusal to join Asia’s mega trade agreement as a victory for India’s poor, borrowing a page from Trump’s trade-war playbook.

Emerging markets scorecard | For many emerging markets, 2020 is looking slightly better than 2019. German rebound | Factory orders signal the economy’s dip will be shallow and growth weak going into 2020.