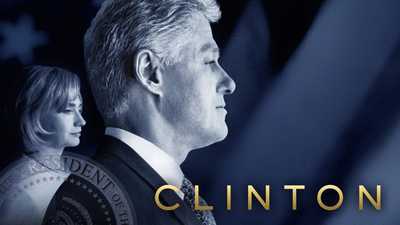 Forrmer President Bill Clinton has talked openly about how he could have killed Osama bin Laden—but passed.

“I nearly got him. And I could have killed him, but I would have to destroy a little town called Kandahar in Afghanistan and kill 300 innocent women and children, and then I would have been no better than him. And so I just didn’t do it,” Clinton confessed to an Australian audience just 10 hours before two planes struck the World Trade Center.

But in The Longest War, a new documentary from director Greg Barker (Manhunt) and executive producer Alex Gansa (Homeland), former CIA agents reveal that they had another opportunity to take out Osama bin Laden with little collateral damage.

“Bin Laden was constantly moving, and we were using Afghan tribal networks to report on his travels and his whereabouts,” Bob Grenier, then-CIA station chief in Islamabad, Pakistan, says in the film.

When the Afghan tribal networks uncovered that a caravan carrying bin Laden would be traveling along a certain route, they suggested U.S. forces bury a cache of explosives along it to eliminate the infamous terrorist. But Grenier told them they’d be “risking jail” if they did, and that was all thanks to President Clinton.

“The CIA had a so-called ‘lethal finding’ [bill] that had been signed by President Clinton that said that we could engage in ‘lethal activity’ against bin Laden, but the purpose of our attack against bin Laden couldn’t be to kill him,” Grenier explains in the film. “We were being asked to remove this threat to the United States essentially with one hand tied behind our backs.”

According to director Greg Barker, “It’s hard to believe now, but back in the late ‘90s, most of the Washington national security establishment—including President Clinton, the State Department, the Department of Defense—simply did not view Osama bin Laden and al Qaeda as a serious threat. The handful of U.S. officials who saw the looming threat clearly—and there were some, mostly mid-level officers at the CIA’s bin Laden unit and the counter-terrorism branch at the FBI—tried in vain to raise alarm bells at the highest levels, but were often ignored and even ridiculed.”

“As a result,” he continues, “policy decisions were made that seem unfathomable today, like a Justice Department ruling that it would be illegal for the United States to intentionally kill bin Laden, which left CIA officers in the field feeling frustrated and angry, as if they were unable to prevent a train crash happening in slow motion right before their eyes. The irony is that many of these same mid-level officers were later blamed for not doing enough to prevent the 9/11 attacks, when in fact the blame rests with the senior decision-makers who ignored direct warnings for far too long.”

Barker is also the man behind Manhunt, a documentary detailing the (mainly female) CIA agents who spent years hunting down Osama bin Laden. Like that exceptional film, The Longest War is a thorough examination of the catastrophe that is the Afghanistan war, which officially began on October 7, 2001, and continues to this day, making it the longest war in U.S. history.

“There’s enough blame to go around, and I think the film hands it out evenly,” EP Alex Gansa tells The Daily Beast. “Bill Clinton didn’t have the balls to do what was necessary before 9/11, George Bush didn’t take the threat seriously enough when he came into office and then grievously overreacted when that threat was realized, and Obama didn’t do what he promised during his campaign—namely, end the wars.”

The exclusive clip above ends on a haunting coda, courtesy of Marty Martin, a CIA counterterrorism officer at the time.