UN Probes Casualty Claims from US Strikes in Afghanistan 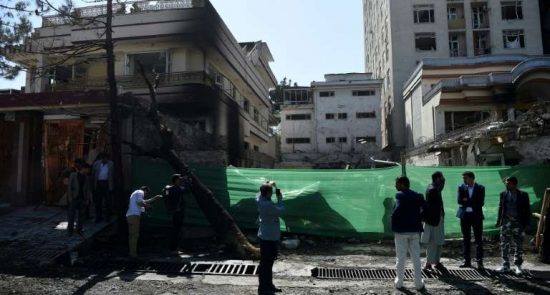 The UN's Afghanistan mission said Monday it was probing allegations of civilian casualties resulting from US air strikes against purported drug-making facilities in western Afghanistan.

The allegations centre on strikes conducted earlier this month in Farah and Nimroz provinces, where dozens of structures said to have been used to produce heroin and other illegal drugs were destroyed.

According to interior ministry spokesman Nasrat Rahimi, “150 Taliban terrorists were killed, 40 wounded” in the Farah operations.

But the Taliban have denied the facilities were used for drugs and claimed “up to 100” civilians were killed.

In a statement, the United Nations Assistance Mission in Afghanistan (UNAMA) said it was “actively looking into allegations of civilian casualties resulting from International Military Forces’ aerial operations in Farah and Nimroz provinces against reported drug manufacturing facilities”.

“The locations are not easily accessible and there are numerous operational challenges to the verification” of civilians being harmed, UNAMA added.

The US-led NATO mission in Kabul did not immediately respond to a request for comment.

Last month, UNAMA published a report saying Afghan civilians are for the first time being killed in greater numbers by US and pro-government forces than by the Taliban and other insurgent groups.

It also chastised the Taliban for an increase in deadly violence across Afghanistan during Ramadan, the Islamic holy month of fasting.

The war-torn nation has seen continued violence since the start of Ramadan last week as the Taliban and the US were engaged in talks to try to find an end to the war.

The Taliban claimed responsibility for a May 8 attack on a US-funded aid group in Kabul that claimed the lives of nine civilians and Afghan security officials.

“There can be absolutely no justification for deliberate or indiscriminate attacks against civilians,” Tadamichi Yamamoto, the UN Secretary-General’s Special Representative for Afghanistan, said in the UNAMA statement.

“It is particularly egregious that a premeditated act of extreme violence was conducted against a development agency where civilians were striving to improve the lives of all citizens.”

An earlier attack by the Taliban just before Ramadan saw at least 13 people killed and dozens more wounded after a suicide bomber and several gunmen attacked a police headquarters in Pul-i-Khumri in northern Afghanistan.