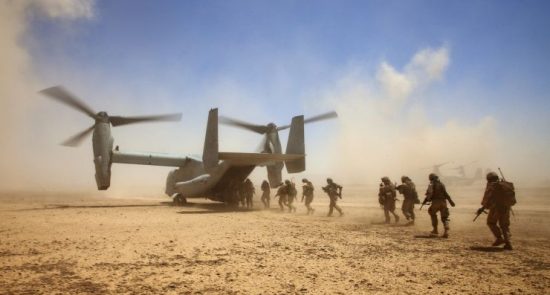 U.S. President Donald Trump on Friday was to meet U.S. top advisers about negotiations with the Taliban and the potential for a political settlement that could prompt a withdrawal of American troops from Afghanistan, a senior administration official said.

On a working vacation at his golf club in Bedminster, New Jersey, Trump was to receive an afternoon briefing from U.S. Secretary of State Mike Pompeo and other advisers to get updated on the talks, which have been handled by Special Representative Zalmay Khalilzad.

The U.S. military presence in Afghanistan dates to 2001 when then-President George W. Bush launched an offensive against Al Qaeda, which the Taliban government had given haven to, after the Sept. 11, 2001, attacks.

Trump has been adamant that he would like to withdraw U.S. forces, possibly ahead of the November 2020 election, although a pullout would raise concerns among some in the national security community that the United States could be sacrificing gains it has made there.

U.S. Senator Lindsey Graham of South Carolina, a Trump ally, said any deal should allow for the United States to maintain a presence in Afghanistan.

“Any peace agreement which denies the U.S. a robust counter-terrorism capability in Afghanistan is not a peace deal,” he said in a statement. “Instead, it is paving the way for another attack on the American homeland and attacks against American interests around the world.”

The senior administration official said a decision was not necessarily expected from the Bedminster meeting, but Trump “has been pretty clear that he wants to bring the troops home.”

The negotiations with the Taliban have been centered around a potential agreement for a U.S. troop withdrawal and talks on a political settlement between the insurgents and a delegation comprising government officials, opposition leaders and civil society members.

Khalilzad also has pressed in nine rounds of negotiations in Qatar for the Taliban to renounce al Qaida, agree to prevent Afghanistan from being use as a base for extremist attacks and embrace a nationwide ceasefire while the intra-Afghan talks continue.

Both sides raised expectations that an agreement was close. Khalilzad repeatedly has said nothing is agreed until everything is agreed.