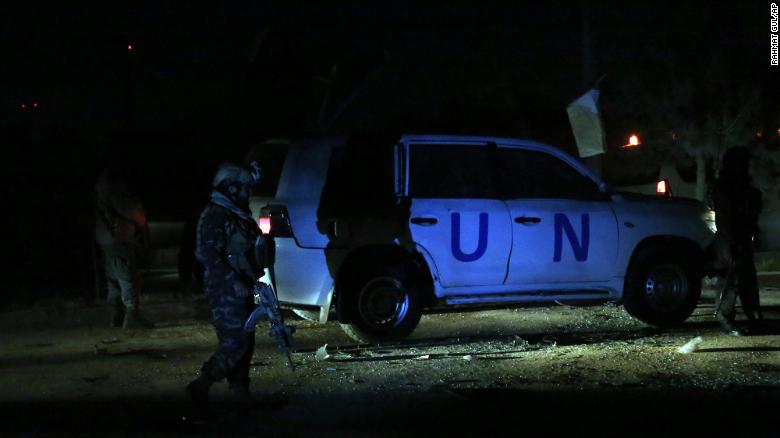 One person was killed and five others injured during an attack on a United Nations vehicle in Kabul, Afghanistan on Sunday, Afghan Interior Ministry spokesman Nasrat Rahimi told CNN.

A hand grenade was tossed into the vehicle, Rahimi said, noting the vehicle was targeted.

The person who died and two of the injured were UN personnel, the organization said in a statement.

The injured include an Afghan national and an international colleague, the UN statement said without providing their identities.
The UN condemned the attack “in the strongest possible terms.”

“The UN in Afghanistan calls upon Afghan authorities to swiftly investigate this attack and bring the perpetrators to justice,” the statement said.
There has been no claim of responsibility.