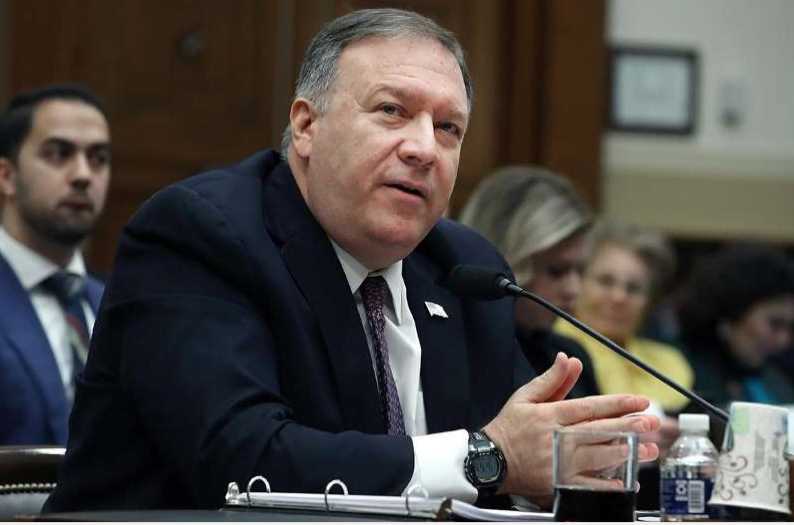 The Trump administration is making available to Congress two secret documents related to the United States' peace agreement with the Taliban.

Secretary of State Mike Pompeo has reached out to senior lawmakers on the House and Senate panels that oversee foreign relations to discuss the accord – signed by the U.S. officials and the Taliban in Doha on Saturday – and inform them that the administration will share the “military implementation documents” as early as Tuesday.

“I think we’re taking a big chance, but I think it’s something we have to explore because this war is never-ending, and I don’t really want us to go into perpetual war,” said House Foreign Affairs Committee Chairman Eliot Engel (D-N.Y.), who spoke to Pompeo on Friday.

“Like everything else, there are mixed feelings. You don’t want our enemies to feel like they drove us out. On the other hand, you don’t want to never leave. I’m glad we’re working on it at least.”

Both Engel and Senate Foreign Relations Committee Chairman Jim Risch (R-Idaho) plan to hold hearings to review the agreement, although neither has scheduled any session at this point. Since the agreement is not a formal treaty, Trump does not have to submit it to Congress for approval.

While a number of GOP defense hawks have raised objections to the agreement — which would lead to the removal of all U.S. forces from Afghanistan over the next 14 months — other key Republicans are tentatively backing the accord, which is a priority for President Donald Trump.

“There’s a healthy amount of skepticism, but I think we have to give it a chance to work,” said Rep. Michael McCaul (Texas), the ranking Republican on the House Foreign Affairs Committee. “If they [the Taliban] violated the conditions, the deal is off… It’s something they have to give a chance.”

McCaul added: “We knew the Taliban is not a nice organization, they’re pretty ruthless. But what’s the alternative?”

Senate Majority Leader Mitch McConnell (R-Ky.) was also cautiously supportive of the agreement, which reduces U.S. troop levels to 8,600 personnel and closes several bases. In return, the Taliban is required to cut all ties to al Qaeda and other terror organizations while entering into power-sharing negotiations with the current U.S.-backed Afghan government.

“After nearly 20 years, two basic principles are clear,” McConnell said on the Senate floor Monday. “No. 1: We should welcome any serious opportunity to bring greater stability to this land. But number two: We must make certain that the progress won through great sacrifice by Afghans and Americans is not undermined by any precipitous rush for the exits.”

McConnell also said, “I do not trust the Taliban. So I am grateful the linchpin of the agreement is a conditions-based approach that will provide our commanders with leverage to test the will and capacity of the Taliban to abide by this agreement.”

Sen. Chris Murphy (D-Conn.), who serves on Foreign Relations and vocal Trump critic, said he has “been generally supportive of the president’s approach to getting a deal [on Afghanistan.] I’m worried about the terms. But I don’t not there are a lot of other options other than sticking around for another couple decades.”

“I’m gonna be optimistic,” said Sen. Ben Cardin (D-Md.), another member of the panel. “We need to move on in Afghanistan, which means we need to be realistic as to an endgame. But we also need to know there’s going to be firm commitments about what the Taliban is going to do about terrorist organizations.”