US Deployed F-22 Fighters to Qatar Amid Tensions with Iran 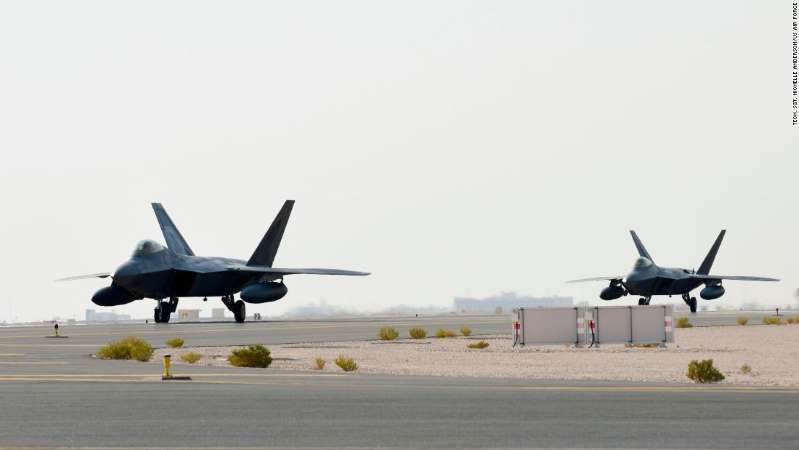 The United States Air Force has dispatched top-of-the-line F-22 stealth fighters to Qatar for the first time as it beefs up its forces in the Middle East amid escalating tensions with Iran.

A statement and photos from US Air Forces Central Command said the stealth jets arrived at Al Udeid Air Base in Qatar on Thursday. The Air Force did not give the total number of F-22s deployed, but a handout picture showed at least five the warplanes over the base.

“These aircraft are deployed to Qatar for the first time in order to defend American forces and interests in the US Central Command area of responsibility,” the Air Force said.

The F-22 movement comes a week after an Iranian surface-to-air missile shot down a US drone over the Strait of Hormuz. Iran said the drone was in its airspace, but Washington claims it was over international waters.

Defense analyst Peter Layton, a former Australian Air Force officer now with the Griffith Asia Institute, says the likely mission of the F-22s in the event of full-scale hostilities with Iran would be targeting Tehran’s surface-to-air missile batteries, especially the S-300 system, its best air defense.

“The S-300 batteries would be the first target of the first wave to thereby open up airspace for following attacks” by other less stealthy US aircraft, Layton said.

In that sense, the presence of the F-22s is a strong deterrent to any further escalation in tensions by Iran, said Carl Schuster, a former director of operations at the US Pacific Command’s Joint Intelligence Center.

“It means (the US) is looking to stop something, not to initiate something,” he said.

The downing of the US drone was just the latest in a series of provocations between the US and Iran. The US has also blamed Iran for explosions on two oil tankers this month near the Strait of Hormuz, one of the world’s most vital strategic shipping routes, as well as on four commercial ships off the coast of the United Arab Emirates last month. Iran has categorically denied responsibility for the ship attacks.

Following the attacks Washington moved around 2,000 troops, an aircraft carrier strike group and B-52 bombers to the region. The F-22s are the latest additions to that buildup.

The twin-engine F-22 can be configured for air-to-air or air-to-ground missions.

In the former mode, it’s the best air-superiority fighter in the US arsenal. In the latter mode, with its speed and stealth capabilities, it becomes a prime platform for precision airstrikes on enemy targets.

Qatar is situated across the Persian Gulf from Iran, and the Al Udeid Air Base there is home to more than 11,000 US personnel, the largest concentration of US forces in the Middle East.