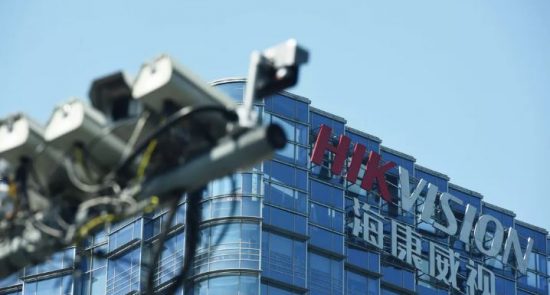 Companies are accused of human rights violations against Uighur Muslims and other predominantly Muslim ethnic minorities.

The US Commerce Department said Monday it had placed eight Chinese companies on its economic blacklist, including Hikvision, the world’s largest video surveillance gear maker. The move was spurred by accusations of human rights violations against Uighur Muslims and other predominantly Muslim ethnic minorities.

“Specifically, these entities have been implicated in human rights violations and abuses in the implementation of China’s campaign of repression, mass arbitrary detention, and high-technology surveillance against Uighurs, Kazakhs, and other members of Muslim minority groups” in Xinjiang, the US Commerce Department said in a federal register notice published on Monday.

Hikvision opposed the decision and said it would hamper efforts to improve human rights around the world.

“Hikvision has been engaging with Administration officials over the past 12 months to clarify misunderstandings about the company and address their concerns,” a Hikvision spokesman said in a statement, noting it had retained former US Ambassador Pierre-Richard Prosper to advise it on human rights complaince. “Punishing Hikvision, despite these engagements, will deter global companies from communicating with the US government, hurt Hikvision’s US businesses partners and negatively impact the US economy.”

US Secretary of State Mike Pompeo last month accused the Chinese government of trying “to erase” Muslim culture in its northwest by imprisoning hundreds of thousands of Uighurs in what Beijing calls “re-education camps.” Beijing has denied the accusation.

The Entities List prohibits US companies from buying chips and components from companies on the list without US government approval. In June, the Commerce Department added Huawei and four other Chinese tech companies to the list over national security concerns.