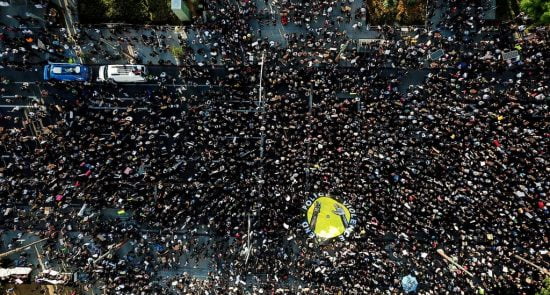 Thousands of people came out in cities across the country for a ninth straight day Wednesday to protest the death of George Floyd while in police custody.

Earlier in the day, three more of those officers were charged in Mr. Floyd’s death, and a higher charge was added to those already lodged against Derek Chauvin, who held his knee to Mr. Floyd’s neck for nearly nine minutes.

Here are the last updates: 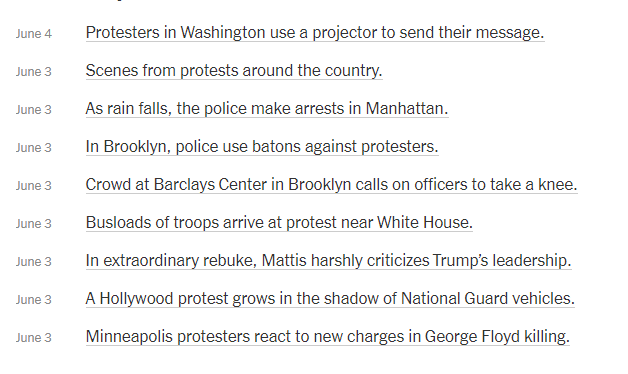 Protesters in Washington use a projector to send their message.

Protesters in Washington use a projector to send their message.
Moving military and federal authorities from behind the fence of Lafayette Square to half a block north of the fence heightened tension throughout the protests in Washington tonight. Protesters stood inches away from the military officials for hours.

“Why are you in riot gear?” they shouted. “We don’t see no riot here!”

At roughly 11 p.m., a protester unveiled a spotlight and began shining it on the security officials overhead. The operators of the spotlight then put a lens over it and pointed it above the crowd of military officials. The words “We Can’t Breathe,” shined on the building behind them.