Hundreds Protest Against US Coronavirus Policies 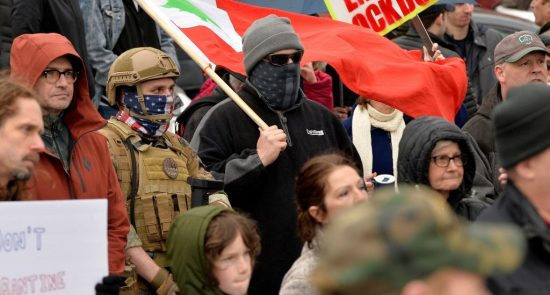 Hundreds protested Saturday in cities across America against coronavirus-related lockdowns as resentment grows against the crippling economic cost of confinement.

An estimated 400 people gathered under a cold rain in Concord, New Hampshire — many on foot while others remained in their cars — to send a message that extended quarantines were not necessary in a state with relatively few confirmed cases of COVID-19.

In Texas, more than 250 people rallied outside the State Capitol in Austin, including far-right conspiracy theorist Alex Jones, founder of the Infowars site, who rolled up in a tank-like truck.

Stay-at-home mother Amira Abuzeid added: “I’m not a doctor but I’m an intelligent person who can do math and it looks like at the end of the day, these numbers are not that worrisome.”

Demonstrators outside Maryland’s colonial-era statehouse in Annapolis stayed in their cars but waved signs with messages like “Poverty kills too.”

Dolores, a hairdresser, told AFP she is not eligible for unemployment because she is a business owner, not an employee.