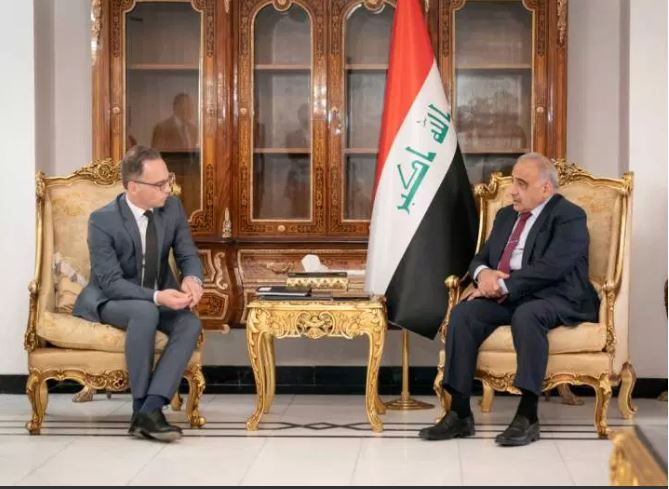 German Foreign Minister Heiko Maas arrived in Iraq on Saturday as part of a wider trip to the Middle East seeking to de-escalate tensions between Iran and the United States.

In a statement, Maas’s office said European nations must engage with the region at a time of heightened concern following recent U.S. naval movements in the Persian Gulf.

“We cannot just call for dialogue; we must conduct it — particularly where differences appear unbridgeable and long-standing conflicts run deep. The danger that miscalculations, misunderstandings and provocations in a very tense region could lead to unpredictable consequences is clear there,” his office said.

The German envoy was expected to meet with Iraq’s president, prime minister and foreign minister to discuss regional security and bilateral relations and investment, said Ahmed Mahjoub, a spokesman for Iraq’s Foreign Ministry.

Iraq is courting tens of billions of dollars in foreign investment to rebuild its infrastructure and boost gas, oil, and electricity production, after 17 years of war.

In April, meeting with German Chancellor Angela Merkel in Berlin, Prime Minister Adel Abdul-Mahdi said German industrial giant Siemens was favoured to win a significant portion of some $14 billion worth of tenders to revamp the electricity sector.

Siemens already has contracts worth more than $700 million to build a power station and implement other improvements to Iraq’s failing electricity grid.

Maas’s visit was not announced ahead of time for security reasons. The foreign minister is expected in Iran on Monday. His office says Germany and Europe are determined to preserve the 2015 international nuclear accord with Iran, calling it a “key factor for stability and security in the region.”