After US government opposed the asylum request for the Afghans associated with US forces, the Kuwaiti government too denied this request.

According to local media reports, after the withdrawal of US troops from Afghanistan, a large number of Afghan translators who worked for the US military have applied for asylum in the United States for fear of losing their lives.

The United States opposes their request and wants to transfer them to its military base in Kuwait and accommodate 2,000 of them in tents. Kuwait has also strongly opposed this and has sent a message to the United States that it is not willing to cooperate at this level.
Experts believe that the United States, after 20 years of invading Afghanistan under the pretext of destroying the Taliban, is leaving or, to put it better, fleeing Afghanistan and does not value and even accepts its loyal allies and forces in Afghanistan. 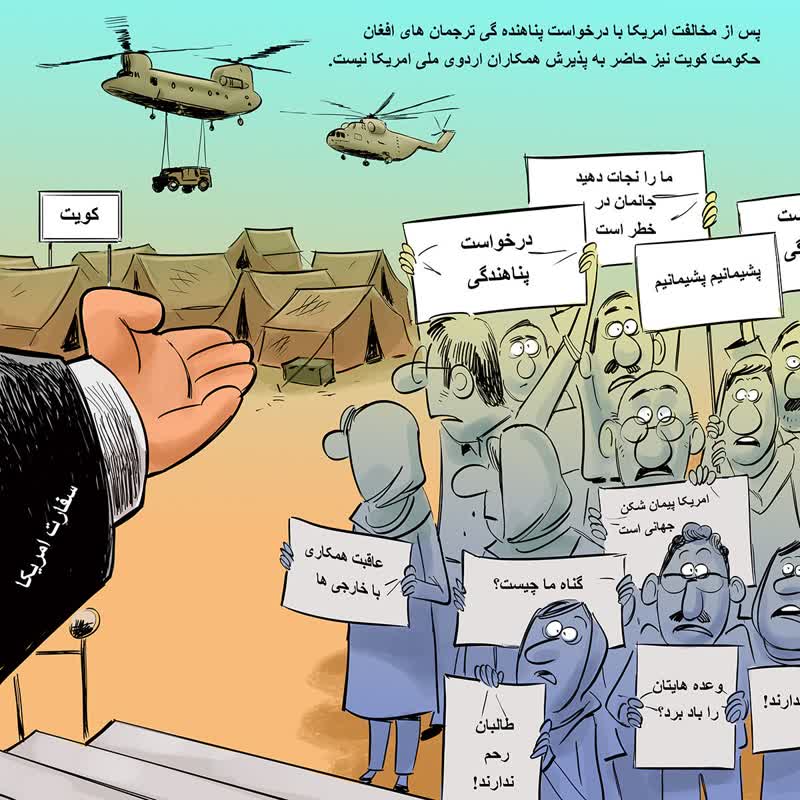