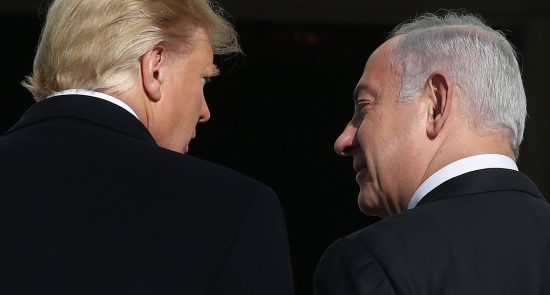 One does not need to be an expert on history to realize that the map released by President Donald Trump as a deal for peace between Israel and Palestine is identical to the Bantustans of the defunct South African apartheid system.

The proposed deal is disastrous to Palestinians. It calls for the recognition of an “undivided” Jerusalem as the capital of Israel despite the fact that the annexation of East Jerusalem violates International Humanitarian Law (IHL).

The proposal also eliminates the question of the Palestinian refugees’ right of return, as per UN General Assembly Resolution 194, which affirms the right of Palestinian refugees to return to their homes of origin, and which was marked for discussion at some later period within the Oslo peace negotiations in the 1990s.

By far the most flagrant part of the plan is that it ends any possibility for an independent sovereign Palestinian state, instead dividing the territories into ghettos and Bantustans, besieged, suffocated and isolated.

There are currently numerous such ghettos in the West Bank that are partitioned and divided by the surrounding Israeli settlements deemed illegal and a violation of international law by the UN Security Council Resolution 2334 of 2016; there is also the separation wall and hundreds of military roadblocks.

Under Trump’s deal, these Palestinian areas will remain isolated with nothing interconnecting them but the proposed tunnels and bridges that the Israeli military has the authority to close under any pretext.

What this deal does is subvert the law, international legitimacy and numerous resolutions by the UN Security Council and General Assembly. It also reverses decisions and rulings of the International Court of Justice that state unequivocally that settlements on occupied land are illegal, as is the annexation of land owned by the occupied.

Trump’s deal is clearly an attempt to legitimize the illegal measures Israel has already implemented in the Palestinian territories, for the obvious objective of annihilating any possibility for the establishment of a free and independent Palestinian state.

It makes those territories ghettos controlled by Israel, with no jurisdiction or authority over borders, security, roads, natural resources or even the very environment where Palestinians live and breathe. It gives the Israeli military absolute domination over economic, social and security matters all throughout the occupied territories.
Releasing the map did nothing but provoke Palestinian ire.

The Palestinians believe the Trump administration’s actions and the details of the deal are blatant attempts to dispose of their national rights once and for all. They believe this so-called “deal of the century” is an Israeli project mostly written by Netanyahu slipped into an American envelope, and that the Trump administration is not only biased toward Israel, but is colluding with the most extreme racist groups in Israel’s political structure to draft policy.

As far as the Palestinians are concerned, the ghetto state this deal proposes is no different than the Israeli prisons where thousands of Palestinians have been incarcerated.

In announcing the proposed deal, President Trump spoke about Israeli security, but he failed to mention even once Palestinian security — not political security from the Israeli occupation, the longest occupation in modern history, nor social and economic security for the Palestinian people.

The Israeli leaders are angered whenever they are reminded that they are heading toward an apartheid system in the occupied territories, but they fail to describe it any other way. As of 2016, Israel appropriates over 85% of Palestinian water and Palestinians in the West Bank have access to only 73 liters of water a day, while illegal settlers swim in pools and have access to over 300 liters.

Trump’s map also shows what is called “segregated roads” in the West Bank, which are exclusive to Israelis and forbidden for Palestinians.
Those roads are already built and very much part of the Israeli apartheid system, which Trump has just sanctioned, controverting international laws and making sure an independent Palestinian state never emerges.

Bantustans, ghettos — ghettostans — and apartheid are not the solution. If an independent, democratic and free Palestinian state is never to emerge, then the Palestinian people will have no choice but to struggle for a one-state solution, one where all citizens — Palestinians and Israelis — are guaranteed equal rights and freedoms.
President Trump has done much damage with his supposed peace deal, not only to Palestinians, but also to the Israeli people who cannot possibly be proud of having established an apartheid system in the 21st century.