Russia and China are spying on Trump’s personal iPhone 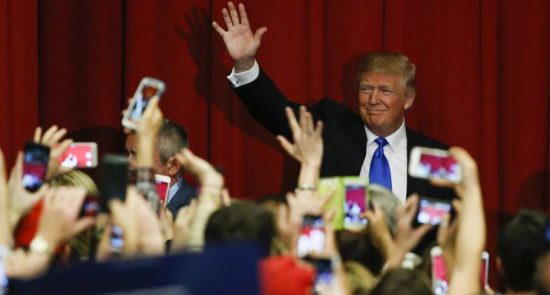 Reports say Russian and Chinese spies are eavesdropping on Donald Trump's personal calls, a global study of the ethical decisions self-driving cars make has mixed results, and Facebook is reviving one of Myspace's best (and worst) .

1. Chinese and Russian hackers are listening to Trump’s calls

President Donald Trump uses three iPhones: two that have been altered and given to him by the US security services and one that’s his own personal device. This third phone is no different to any other iPhone that can be purchased from Apple. The New York Times reports the country’s intelligence reports show Chinese and Russian spies are intercepting the calls Trump makes on his personal iPhone. He uses the personal phone as it allows him to store his own contacts, the publication reports. It cites anonymous officials having concerns around Trump’s cybersecurity practices and says one of the official phones is used for his Twitter and can only connect to the internet through Wi-Fi connections.

2. Who should a driverless car kill and who should it save?Self-driving cars are still at an experimental stage but at the same time the ethical decisions around their use are happening. In the event of a crash, which lives should an algorithms prioritise? Unsurprisingly, it’s complicated. (The Guardian). More than 40 million answers to MIT’s Moral Machine, which posed a series of ethical questions around autonomous vehicles, have shown different regions in the world have different ethical views. In a research paper published in the journal Nature the researchers conclude saying there are three common outcomes: “the preference for sparing human lives, the preference for sparing more lives, and the preference for sparing young lives.”

3. The BBC messed up its pay for women. Here’s how to get it right
In a scathing report, the House of Commons’ Digital, Culture, Media and Sport Committee (DCMS) lists in detail how and why the gender pay gap at the BBC just isn’t closing. (WIRED). The report follows the corporation’s former China editor Carrie Gracie leaving her role and saying the BBC has a “secretive and illegal pay culture”. Hundreds of employees have had pay increases since Gracie’s initial complaint but the DCMS committee says women working in comparable jobs to men still earn far less.

4. Google’s beefing up Android phone security
Phones and tablets running Google’s Android operating system often don’t benefit from the latest security patches. The reason? The device manufacturers don’t always issue software updates to older phones – there are more than two billion Android devices in use around the world. Documents seen by The Verge say Google is adding in security requirements to its contracts with device creators. The publication says “at least four security updates” must be provided to phones within a year of its launch. The only problem is that only phones launched since January this year are covered by the contractual terms.

5. Facebook’s introduced MySpace’s best (and worst) feature
Facebook has tweaked user profiles on its site to allow people to pin clips of their favourite songs onto pages. (TechCrunch). From later this year it will be possible to add short sections of songs to a Music section on your Facebook profile. The feature is a throwback to that of Myspace, the social network that Facebook killed-off with its rapid rise in popularity. Myspace used to allow its users to play background music when their profile was opened. (Thankfully, Facebook’s music clips won’t play automatically).