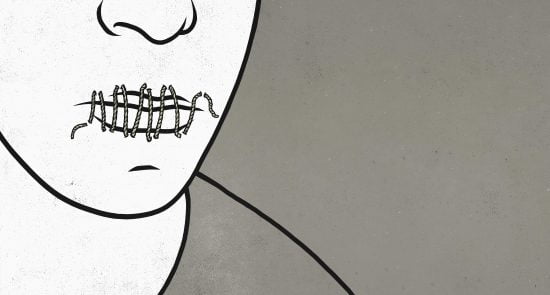 His detention appears to be based on his call for equal rights. A source in contact with al-Bokari told Human Rights Watch that he is being held in al-Malaz prison in Riyadh, with no access to legal counsel.

In the video, which Human Rights Watch reviewed, al-Bokari responded to social media queries, including on his position regarding same-sex relations. He said, “Everyone has rights and should be able to practice them freely, including gay people.”

“Saudi Arabia’s relentless policing of free expression reveals the hypocrisy of a government that has promised to carry out reforms,” said Michael Page, deputy Middle East director at Human Rights Watch. “A government that arrests someone who merely speaks out on sensitive social issues eliminates the space for dialogue and reform.”

The source in contact with al-Bokari told Human Rights Watch that he is being held in pretrial detention under physical and psychological duress, and that the police repeatedly kicked and slapped him when they arrested him to compel him to “confess that he is gay.”

Al-Bokari, who suffers from a chronic heart condition, told the source that he has been having difficulty breathing, eating, and sleeping, and that his psychological and physical health are deteriorating. He also said that police have beaten him every day since his arrest.