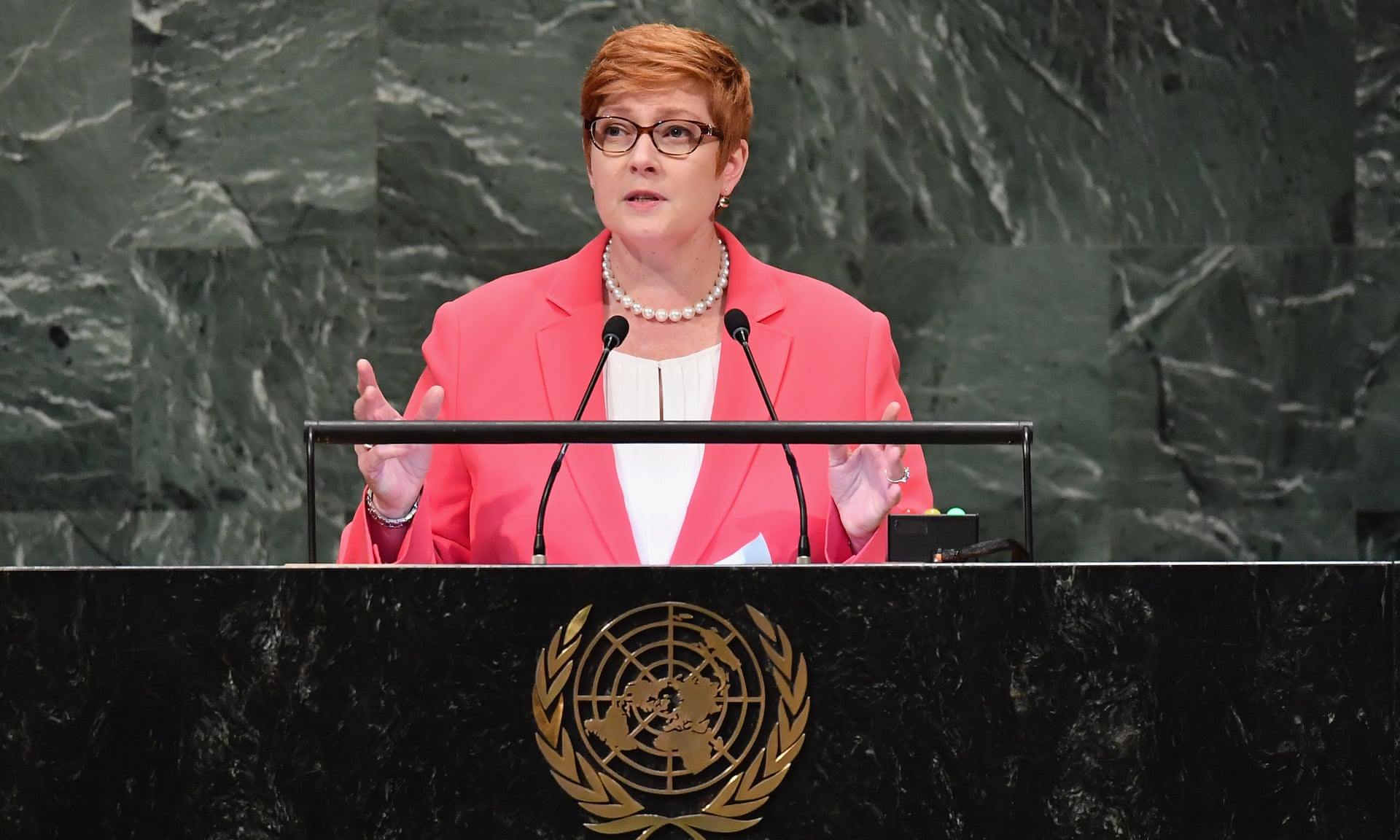 As Australia approaches the halfway mark of its term on the United Nations human rights council, it must do more to stand up against abusive nations, Human Rights Watch says.

HRW has written to the foreign affairs minister, Marise Payne, urging her to push for a more active and creative presence on the council.

“Australia should treat its membership in the UN human rights council as both an opportunity and responsibility to be a leader in defending human rights abroad and at home,” said Elaine Pearson, Australia director at HRW.

In its letter, HRW noted that Australia has often preferred a “quiet diplomacy” style of advocating for human rights improvements with other countries, but said it needed to increase its public pressure “to ensure that private discussions are not used to shield violators from international scrutiny”.

“Australia has for the most part voted in favour of country resolutions to establish accountability mechanisms for crisis situations, but has not yet taken the next step,” the letter said.

The letter included a briefing on more than 20 countries across Asia and the Middle East with human rights concerns, where HRW believed pressure and engagement by Australia could make a “significant difference”.

It called for specific action – in partnership with like-minded countries – with resolutions to address serious human rights violations by countries such as China, the Philippines, Bahrain and Egypt, which have “so far evaded scrutiny”.

In China an estimated 1 million people – primarily Uighurs and other Turkic Muslims – have been arbitrarily detained in re-education camps.

“At minimum, we urge Australia to actively work to ensure a joint statement at the upcoming June session of the human rights council calling on China to support the call of the UN high commissioner for human rights for independent access to monitor and report on the human rights situation in Xinjiang,” the letter said.

In the Philippines repression of government critics is rising and there has been virtually no accountability for the thousands of people extrajudicially killed in president Rodrigo Duterte’s drug war.

Human rights defenders, government critics, journalists and opposition figures continue to be harshly punished in Bahrain over any activism, HRW said, and crackdowns were also occurring in Egypt.

“Police systematically use torture, arbitrary arrests and enforced disappearances to silence political dissent under the guise of combatting terrorism,” it said.

HRW acknowledged Australia’s efforts to sanction the five people identified over human rights violations in Myanmar, but suggested the Australian government consider a law like the US’s Global Magnitsky Act.

The Magnitsky Act, introduced during the Obama administration, allows the US government to sanction foreign government officials who have been implicated in human rights abuses, regardless of where they are in the world, without targeting an entire population.

“Imposing targeted sanctions against human rights abusers would be a powerful deterrent to countries in the region to consider repercussions from the Australian government,” Pearson said.

HRW also called for stronger vetting of foreign armed forces before Australia provides training or support to them – an issue previously raised in regards to Australia’s support of the Myanmar military.

However, it said Australia had damaged its own credibility through its internationally criticised offshore processing regime for asylum seekers.

“Dfat should work with its Asia-Pacific neighbours for a regional solution that protects the rights of migrants, asylum seekers and refugees,” the letter said. “People awaiting resettlement to third countries, including Australia, should be able to find safety in transit countries, be able to earn a living, see their children go to school, and live free from detention. And offshore processing should be dismantled once and for all.”