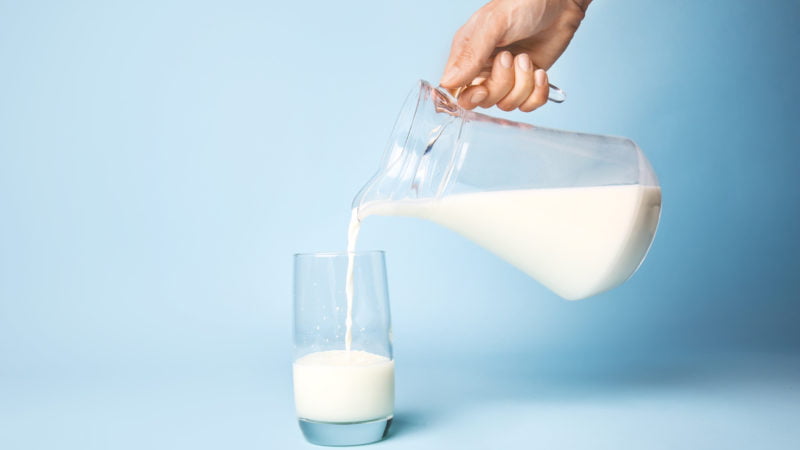 Those who get tummy problems from milk usually write it off to lactose intolerance, but could A1 protein be the reason?

Here’s a debate you may have missed out on: There are two proteins in milk, and one is supposedly the source of trouble for people with lactose intolerance. But can getting dairy products that don’t have the troublesome protein make a difference in people’s health? Depends on who you talk to, but the science suggests the issue is far from settled.

If dairy products make you feel icky, you could be tempted to write off milk—or go for lactose-free products—forever. But lactose might not be behind your problems, a little-known protein called A1 may be the culprit.

Some people have trouble digesting lactose, a sugar in milk. When the body can’t break lactose down, people with lactose intolerance experience bloating, gas, diarrhea, and other gastrointestinal issues. While the sugar has been fingered for the blame, some researchers claim it’s really a protein known as A1.

Here’s where things get a little complicated: Beta-casein is one of the main proteins in milk, but it comes in two varieties: A1 and A2. While most cows’ milk contains both, some types have just A2. Genetic tests can figure out whether a cow will naturally produce the A1 protein.

The A1 and A2 proteins are identical in all but one of their 209 amino acids, says registered dietitian Bonnie Johnson, RDN, vice president of scientific affairs for The a2 Milk Company, which sells milk from cows that only produce the A2 protein. Your body breaks down A1—but not A2—into a protein fragment called beta-casomorphin-7 (BCM-7), says Johnson, and that could cause inflammation. The GI symptoms would look similar to lactose intolerance and might cause a skin rash. A1 also gets blamed for a host of other chronic troubles, such as heart disease, type1 diabetes, and even autism.

However, studies have already disputed claims that the A1 protein can raise the risk of these conditions, says Dallas-based nutritionist Angela Lemond, RDN, spokesperson for the Academy of Nutrition and Dietetics. And the only human studies linking A1 to digestive problems have been very small, and the results aren’t conclusive, she says.

A small study published in 2016 in the Nutrition Journal, which was funded by The a2 Milk Company, did find that people who drank milk with both the A1 and A2 proteins for two weeks had more digestive discomfort and more inflammation than those who drank milk with only A2. And while both types of milk had the same amount of lactose, the A2 milk seemed to reduce symptoms in people with lactose intolerance.

The A1 protein might make it harder for lactose-intolerant people to digest the milk sugar, says Johnson. The inflammation from the digested A1 protein known as BCM-7 starts high up in the gut, and that inflammation can make digesting lactose even tougher. “If you can stop inflammation up top, you can make the gut environment more hospitable for breaking down lactose later on,” says Johnson.

That said, the jury is still out on the value of A2 milk, warns Lemond. Another thing she’d like people to keep in mind: Lactose intolerance doesn’t mean you have to give up on cow’s milk. “That is a common misconception,” she says. “Most people can digest a small amount, and you can actually slowly work up to more if you start slow.”