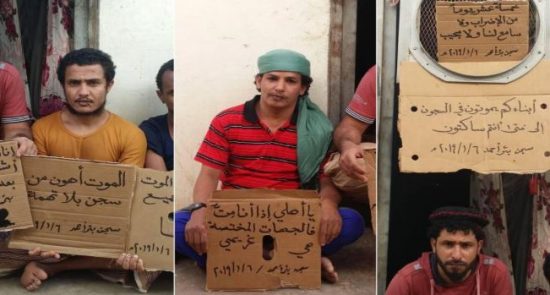 The Daily Best disclosed the US and UAE cooperation in torturing Yemeni prisoners in Bir Ahmad prison in Aden-Yemen.

As reported by the Daily Best on February 2, 2019, the American interrogators are torturing the Yemeni prisoners in a UAE affiliated prison in Yemen.

Two prisoners told the Daily Best acknowledging that at least one American was among the torturers. As reported the tortures were included whipping, electric shock, sexual assault and using of wild dogs.

The prisoners also said that some interrogators were dressed in American uniform and were giving advice to Emirati interrogators.

The Daily Best also reported that the US central Headquarter, its Embassy in UAE and CIA refused to give any explanation about this issue.

In this regard, Jennifer Gibson the human right activist said that the prisoners’ statements bring the US-UAE alliance in torturing the Yemeni Prisoners into focus.

The Arab Organization for Human Rights last month called the UN to take a serious action for releasing the ‘Bir Ahmad’ prisoners in Aden-Yemen and asked Martin Griffiths, the UN’s envoy to Yemen to consider the issue as a serious emergency.