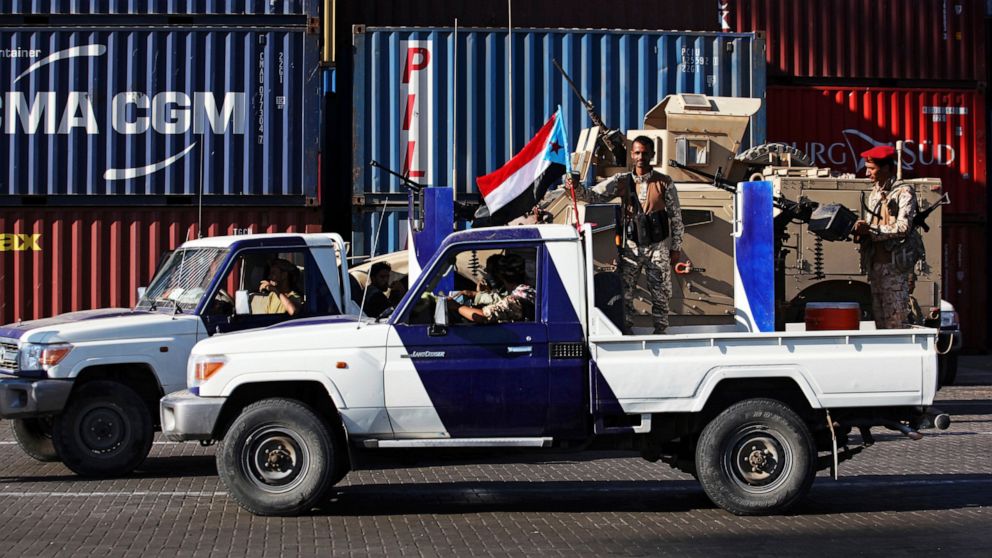 A Saudi-led coalition mired in a yearslong war in Yemen has urged Emirati-backed separatists to honor terms of a Riyadh peace deal and return control of Aden to the country’s internationally recognized government.

A Saudi-led coalition mired in a yearslong war in Yemen on Monday urged Emirati-backed separatists to honor terms of a Riyadh peace deal and return control of Aden to the country’s internationally recognized government.

The council’s decision adds yet more complexity to the grinding war in Yemen that has pushed the Arab world’s poorest nation to the brink of famine and killed over 100,000 people.

The Saudi statement urged the council to return to the terms of the November 2019 Riyadh agreement, which ended earlier fighting after the council seized control of Aden just a few months earlier.

That deal had called for all sides to remove heavy military equipment from Yemeni cities under their control and form a unity government that included equal representation. But that deal had yet to be implemented as the war continued, massive floods struck Aden and Yemen faces the threat of the coronavirus pandemic and the COVID-19 illness it causes.

In its statement, the Saudi-led coalition urged the council to honor the deal “to unite Yemeni ranks, restore state institutions and combat the scourge of terrorism.”

The deal “entails forming a competent government that operate from the interim capital Aden to tackle economic and developmental challenges, in light of natural disasters such as floods, fears of the COVID-19 pandemic outbreak and work to provide services to the brotherly people of Yemen.”

The statement offered no warning on what Saudi Arabia would do if the council refused. The kingdom, itself focused on the coronavirus outbreak there, began a unilateral cease-fire with the Houthis in April that it said will continue through the holy Muslim fasting month of Ramadan.