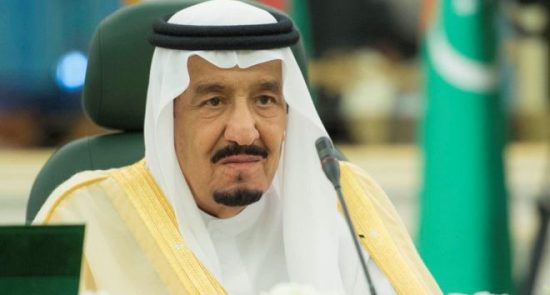 Saudi Arabia reshuffled its cabinet on Thursday in the first major change in government since the murder of Washington Post columnist Jamal Khashoggi in October.

While the shake-up was expected — Saudi law requires the cabinet to be replaced or reappointed every four years — some of the changes were surprising, such as appointing former Finance Minister Ibrahim Al-Assaf as foreign minister.

All key advisers to Crown Prince Mohammed bin Salman retained their positions or gained new portfolios, defying speculation that his inner circle may be shaken up after the murder of Khashoggi by Saudi agents in Turkey. The prince himself has also retained all of the key posts that put him in charge of the kingdom’s political, defense and economic affairs.

The government has vehemently denied that the prince played any role in the murder. However, one of his top advisers, Saud Al-Qahtani, was removed from his post and is under investigation.

There was also speculation before the reshuffle about the fate of sports chief Turki Al Alshikh, widely seen as one of Prince Mohammed’s key enforcers. He was moved sideways to a new post as head of the entertainment authority, overseeing a growing industry playing a key role in the prince’s plan to overhaul the oil-dependent economy.

Other key advisers include Saudi Arabian Military Industries chairman Ahmed Al-Khateeb, who took on the additional role as head of the kingdom’s tourism body, and Fahad Toonsi, an influential royal adviser who was given the rank of a minister.

Saudi Arabia’s National Guard, an important internal security apparatus, got a new chief — Prince Abdullah bin Bandar bin Abdulaziz. The young prince is seen as close to Prince Mohammed and was viewed by many as a rising star since he was named deputy governor of Mecca last year.

It’s the second change for the National Guard in two years. Long the stronghold of the late King Abdullah, the Guard later passed to his son Prince Miteb bin Abdullah. Another lower-profile prince has held the position for the past year, after Prince Miteb was detained and removed from his post during a controversial anti-corruption campaign.

The reshuffle gave posts both to a new generation of younger princes and to a handful of elder officials, perhaps showing a desire to balance the two influences.

“There is definitely a reliance on older veteran statesmen and their experiences to benefit this transformation process,” said Mohammed Alyahya, a Saudi political analyst.

Besides the appointment of Al-Assaf — who was also held during the corruption purge last year, then released without comment from authorities — another key change was the naming of Musaed Al-Aiban as national security adviser. A largely behind-the-scenes figure who has influenced important files such as foreign policy, Al-Aiban was first appointed to the cabinet in 1995 and is the longest-serving government minister today, Alyahya said.

Separation of Royal Court From Cabinet

One little-noticed change that could end up having an impact is the separation of the royal court from the institution that runs the cabinet affairs. The two institutions had been merged in 2011 under King Abdullah.

“This is a major change,” said Minister of State Mohammed al-Sheikh, also seen as a key member of the crown prince’s team. “From a governance point of view it’s better to go back to the original model under which the royal court handled the affairs of his majesty the king as sovereign, and another court that handled his affairs as the head of the executive branch.”