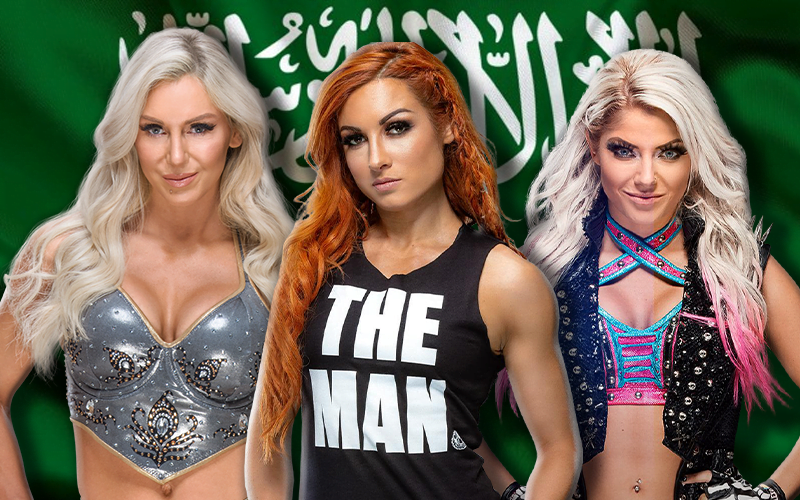 World Wrestling Entertainment (WWE) has been accused of helping Saudi Arabia "sportswash" its "dire human rights record" by promoting what it says is the first-ever women's match on Saudi Arabian soil on Thursday.

WWE announced Wednesday it will host a wrestling match between Natalya and Lacey Evans, two of its female wrestlers, at the Crown Jewel event in Riyadh. The bout signals some progress in the advancement of women’s sports and entertainment in the Middle Eastern country—the Saudi Arabian government has not previously permitted WWE to showcase its female performers at events held in Riyadh and Jeddah.

However, leading non-profit human rights organization Amnesty International says Thursday’s fight is an attempt to “sportswash” Saudi Arabia’s checkered human rights record, which includes the reported detention and torture of women’s rights activists. “Sportswashing,” as defined by a recent Guardian article, refers to authoritarian regimes using major sporting events to manipulate how they are perceived by international communities and deflect from their human rights records.

In September, The Guardian reported how Saudi Arabian authorities under Crown Prince Mohammed bin Salman’s direction are luring major sports events—including WWE events, a PGA golf tour and boxing matches headlined by Amir Khan and Anthony Joshua—to position the ultra-conservative Islamic country as more liberal and diversify its economy away from depending on the oil industry as part of its Saudi Vision 2030 plan.

“Saudi Arabia is clearly using all the entertainment acts that come in an attempt to sportswash or whitewash,” says veteran wrestling journalist Dave Meltzer of the Wrestling Observer Newsletter. “WWE is taking major money to run events there. As part of the taking major money involved, it is inherent being part of that.”

The women’s match Thursday has been vaunted by WWE, which billed it as “historic.” In an interview with Newsweek Wednesday, WWE’s chief brand officer Stephanie McMahon said showcasing women on the Crown Jewel card was a “victory” that she hoped would have a “ripple effect all around the world to show everyone that women belong in the same place that men do.” However, McMahon did not address the reality of women in Saudi Arabian society as it stands.

Saudi Arabia has reformed some laws impacting women, notably allowing them to drive and enter sports stadiums for the first time in 2018, but the country still imposes limitations on women such as requiring permission from a male relative to marry and prohibiting women from passing their citizenship on to their children. Until August, women were also bound by strict male guardianship laws that required them to have approval from a male relative to travel, obtain a passport or register a marriage, divorce or birth of a child.

Human rights organizations have also reported abuses against women campaigning for women’s rights in Saudi Arabia, as well as their male supporters. In August, Amnesty reported that 14 individuals detained arbitrarily in April for women’s rights activism were still in prison. Women’s rights activists detained last year in a crackdown were subject to sexual abuse and torture, Amnesty said. Methods of torture against the activists included electric shocks and flogging, Amnesty and Human Rights Watch said in December.