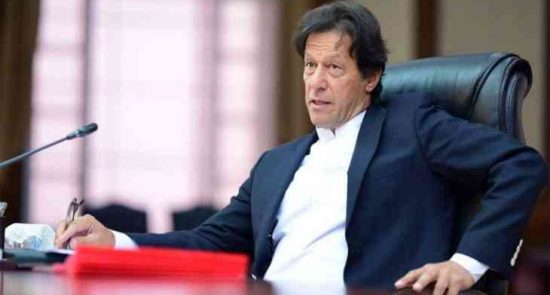 “I welcome the UNSC meeting to discuss the serious situation in Jammu and Kashmir. It is for the first time in over 50 yrs that the world’s highest diplomatic forum has taken up this issue. There are 11 UNSC resolutions reiterating the Kashmiris right to self-determination…,” he said in a tweet.

Khan said that it is the UN’s “responsibility” to ensure that the Kashmir issue is resolved.

On Friday, the UNSC held a closed-door consultation on the Kashmir matter. The meeting was called by China at the behest of Pakistan.

However, the China-Pakistan axis failed at the UNSC closed-door meeting when a majority of the Council members refused to take up the Kashmir issue and rejected the Chinese position.

Meanwhile, Pakistan Foreign Minister Shah Mehmood Qureshi on Saturday headed the first meeting of the special committee formed by Khan regarding response from the other countries about Pakistan’s Kashmir strategy.

Ever since India announced its decision to do away with Article 370, a rattled Islamabad has escalated its virulent rhetorics against New Delhi by terming the move as “illegal aggression” and tried to involve the international community in the matter.

However, reiterating its stand over the Kashmir issue, India has consistently refuted any third party interference calling it to be its “internal matter” and resolve all difference “bilaterally”.