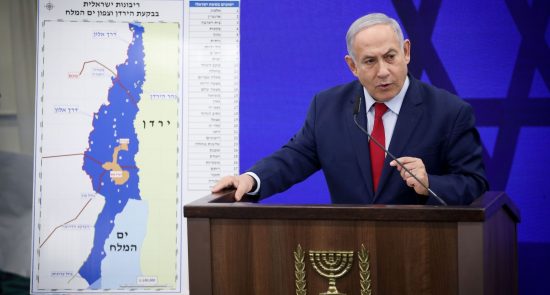 The EU has indicated that it will try to stop Israel's proposed annexation of parts of the occupied West Bank.

Israel’s Prime Minister Benjamin Netanyahu has said the new unity government could press ahead with annexing some West Bank settlements and the Jordan Valley as early as in July.

The Palestinians bitterly oppose the idea.

Speaking after a virtual meeting of EU foreign ministers, Mr Borrell said: “We must work to discourage any possible initiative toward annexation.”

He said the EU looked forward to working with Israel’s new government, but added: “Unilateral action from either side should be avoided and for sure international law should be upheld.”

Some EU states are said to be calling for a tougher line on the issue, including possible sanctions, but others have urged caution.

“What everybody agreed is we have to increase our efforts and our reach-out to all relevant actors in the Middle East,” Mr Borrell said.

The application of Israeli sovereignty over parts of the West Bank is in line with US President Donald Trump’s “vision for peace” between Israel and the Palestinians, which was unveiled in January.

Mr Trump’s plan also envisages a Palestinian state in about 70% of the West Bank, all of Gaza, and with its capital on the fringes of East Jerusalem.

The Palestinians – who claim all of the West Bank, Gaza and East Jerusalem – have rejected the US plan, dismissing it as biased towards Israel and a denial of their rights.

Israel has occupied the territories since the 1967 Middle East war. More than 600,000 Jews live in about 140 settlements in the West Bank and East Jerusalem. Most of the international community considers the settlements illegal under international law, though Israel disputes this.

PM Netanyahu secured permission to pursue his campaign pledge of annexation as part of a power-sharing deal with Benny Gantz’s Blue and White party, agreed in April after a year of deadlock.

He said cabinet discussions would begin on 1 July, but this needs to be agreed with Washington under the agreement with Mr Gantz.