A War with Iran Would be the Mother of all Quagmires, WP 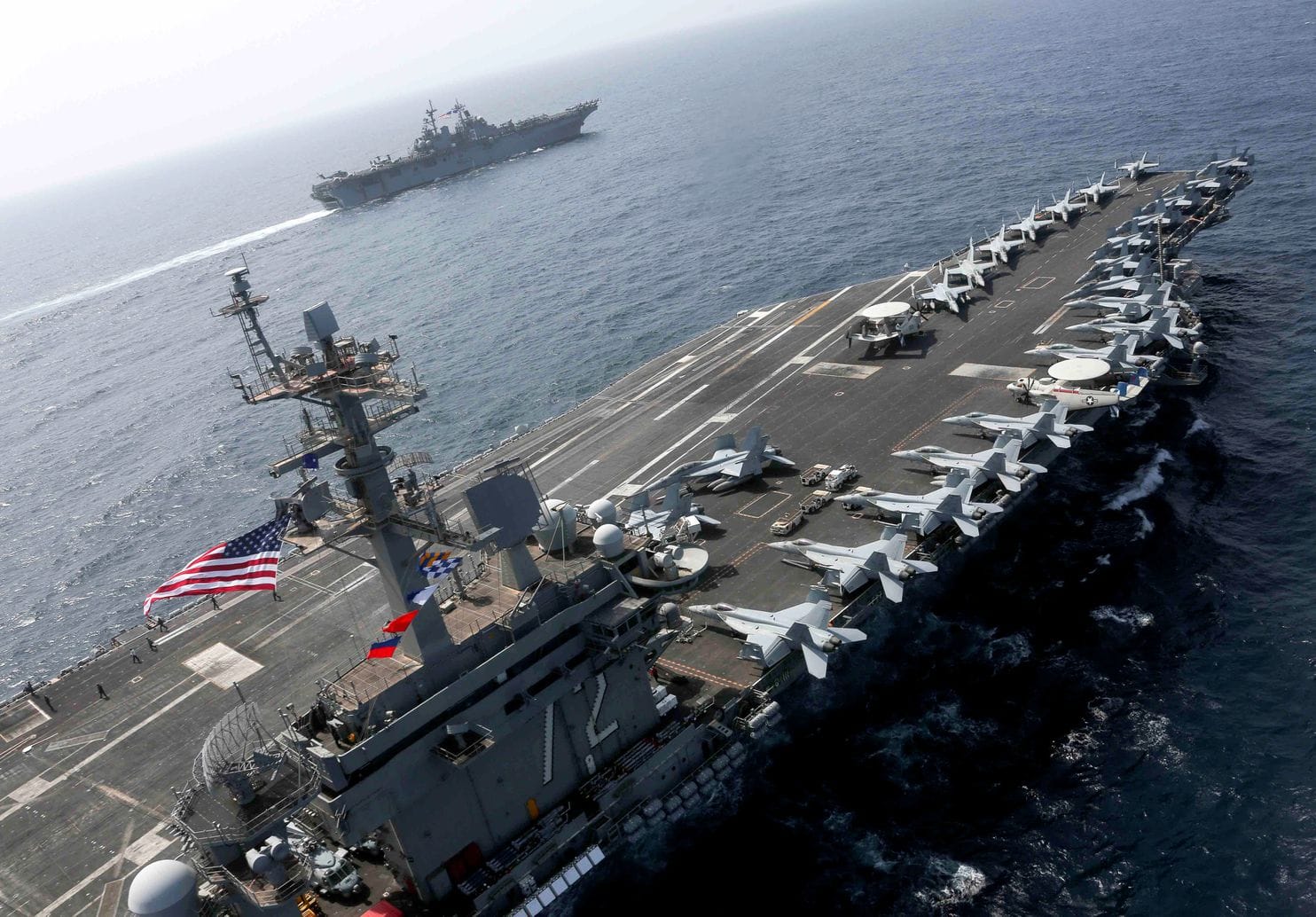 During last week’s war scare with Iran — as the administration leaked discussions to deploy 120,000 troops to fight Iran, and leaked intelligence claiming that Iran was placing missiles on small boats to attack U.S. warships — it sounded to a lot of people like Iraq redux.

President Trump temporarily ratcheted down tensions before raising them again with a Sunday tweet: “If Iran wants to fight, that will be the official end of Iran. Never threaten the United States again!”

Trump’s supporters sound just as pugnacious. Sen. Marco Rubio (R-Fla.) warned that “Attack= decisive response,” and Sen. Tom Cotton (R-Ark.) said that “if Iran struck out militarily against the United States or against our allies in the region, then I would certainly expect a devastating response against Iran.” John Bolton, the national security adviser, didn’t comment in public — he prefers to spin his plots in secret — but he hasn’t disavowed his 2015 New York Times op-ed: “To Stop Iran’s Bomb, Bomb Iran.”

This tough-guy bluster is disconnected from reality. I’ve spent the past week studying Iranian capabilities, and I don’t see any military option that would qualify as decisive or low-cost. Instead, what I see is the mother of all quagmires: a conflict that would make the Iraq War — which I now deeply regret supporting — seem like a “cakewalk” by comparison.

The United States could, of course, bomb Iran — though it wouldn’t be as low-risk as bombing Iraq in 2003. Iran has the most advanced air-defense network that U.S. aircraft have ever faced — the Russian-made S-300. The U.S. Air Force and Navy could no doubt prevail, but it would not be easy and could result in greater loss of pilots and aircraft than we have become accustomed to.

But the Trump administration has laid out a more ambitious agenda. Secretary of State Mike Pompeo demanded that Iran stop its missile development, stop threatening U.S. allies, and stop its support for proxy groups across the region. It is difficult to see how bombing alone could compel Iranian compliance. The United States bombed North Vietnam, Cambodia and Laos for years, dropping three times more bombs than all countries did during World War II, and still lost the Vietnam War. Air attacks are usually decisive only when combined with ground attacks.

Unfortunately, the United States lacks a realistic ground option in Iran, which is much bigger than Iraq in both area and population. (Iran has 83 million people and 617,000 square miles; Iraq in 2003 had about 30 million people and about 170,000 square miles.) Counterinsurgency math — premised on 20 troops per 1,000 inhabitants — suggests that the United States and its allies needed some 600,000 troops in Iraq. (There were never more than 180,000.) By that math, to control Iran, you would need more than 1.6 million troops. That’s more than double the active-duty end-strength (656,403) of the U.S. Army and Marine Corps combined, and few if any U.S. allies would help. You could probably topple the Iranian government with a lot fewer troops. But if you leave immediately afterward, as Bolton favored doing in Iraq, the result could be either Libya-style chaos or the emergence of a new anti-American regime.

Even if you don’t put a single U.S. boot on the ground and stick simply to airstrikes, the war would not be an antiseptic, push-button exercise for the United States. A 2011 report from the Center for Strategic and Budgetary Assessments outlined how Iran could hit back with “asymmetric” tactics.

Iran could employ a combination of antiship cruise missiles, drones, submarines, small boats and mines to “swarm” U.S. naval ships in the confined waters of the Persian Gulf. It could target U.S. bases in the region with its arsenal of some 2,000 missiles. It could cripple U.S. computer networks with cyberattacks. It could employ Hezbollah and other groups to stage terrorist attacks abroad. It could send local militias armed with missiles and car bombs to attack the 19,000 U.S. troops in Iraq, Syria and Afghanistan. It could tell the Houthis in Yemen to unleash a missile barrage against Saudi Arabia and it could order Hezbollah to fire 150,000 rockets and missiles at Israel.

In response, the United States would do . . . what? Fire a few more cruise missiles, drop a few more bombs? It’s hard to imagine that even Trump would unleash a nuclear holocaust to literally “end” Iran.

“Tell me how this ends,” Army Gen. David H. Petraeus said during the 2003 invasion of Iraq. The George W. Bush administration had no clue. Likewise, the Iran hawks today, in and out of the Trump administration, have no idea how a war with that country would end. Better, in that case, not to risk starting one.