What Laid Underneath US-Taliban Peace Deal? When US Would Leave? 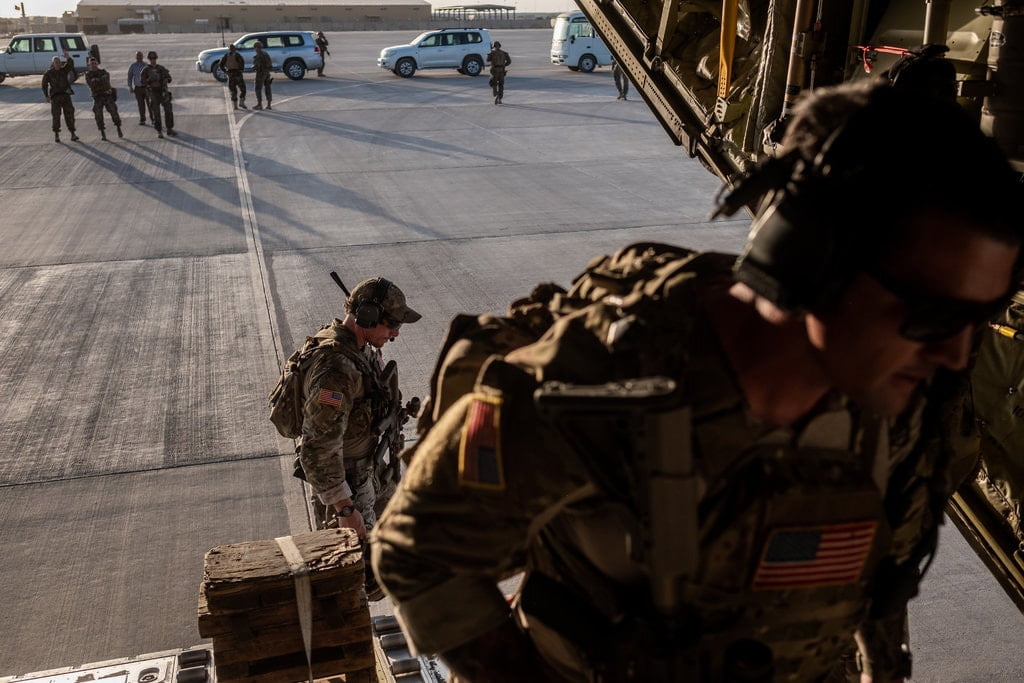 In a secure facility underneath the Capitol, members of Congress stopped by all last week to review two classified annexes to the Afghan peace accord with the Taliban.

The Taliban have read the annexes. Nonetheless, the Trump administration insists that the secret documents must remain secret, though officials have struggled to explain why to skeptical lawmakers.

Defense Secretary Mark T. Esper, in congressional testimony, appeared unaware of — or seemed unwilling to discuss — the secret annexes just days before the agreement was signed.

And lawmakers who have paid the most attention to the peace plan also openly express frustration with the lack of a mechanism for verifying compliance that they believe Secretary of State Mike Pompeo had promised.

At the core of the two documents, according to people familiar with their contents, is a timeline for what should happen over the next 18 months, what kinds of attacks are prohibited by both sides and, most important, how the United States will share information about its troop locations with the Taliban.

While it may sound odd that the American military is sharing troop locations with its enemy of 18 years, the goal is to give the Taliban information that would allow it to prevent attacks during the withdrawal. Mr. Pompeo described the annexes last week as “military implementation documents.”

That is part of it, but they appear to be much more.

Because the documents lay out the specific understandings between the United States and the Taliban — including what bases would remain open under Afghan control — the details are critical to judging whether the United States is making good on its promise to leave only if conditions allow, or whether it is just getting out.

The State Department has struggled to explain why the criteria for the terms, standards and thresholds for the American withdrawal could be known to the adversary but not to the American people or allies.

In response to questions from The New York Times, the State Department issued a statement on Friday saying that the documents remained classified because “the movement of troops and operations against terrorists are sensitive matters.”

“We do not want, for example, ISIS to know those details,” the statement added, referring to Islamic State fighters in Afghanistan.

But another reason for the secrecy, according to several people familiar with the matter, is that the annexes leave the markers for peace remarkably vague, making it far from certain that the Taliban must convert into a counterterrorism force — as President Trump suggested a week ago — or that they are required to make complete peace with the elected government of President Ashraf Ghani of Afghanistan.