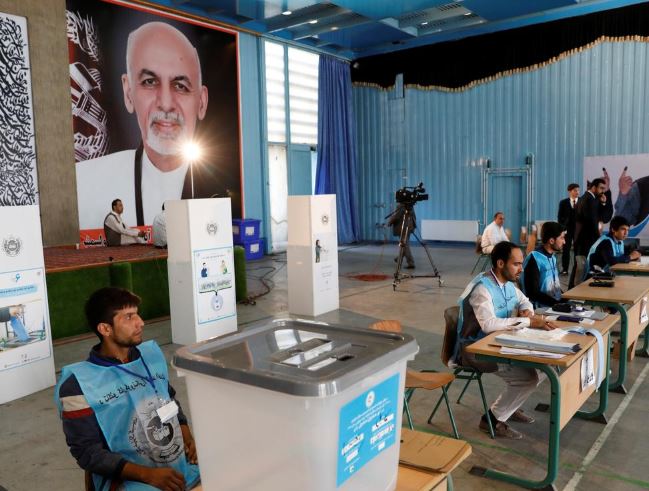 Voting began on Saturday to elect a president for Afghanistan with more than 9 million Afghan registered voters potentially heading to the polls amid fears of violence and fraud.

Tens of thousands of Afghan forces were deployed across 34 provinces to protect voters and polling stations from Taliban attacks.

The hardline insurgent group has threatened voters to stay away from the election or face dire consequences.

About 9.6 million of Afghanistan’s 34 million people are registered to vote for one of 14 candidates at around 5,000 polling centers that will be protected by some 100,000 Afghan forces with air support from U.S. forces.

The voting process is another source of concern. The Independent Election Commission (IEC) has come under criticism for issuing contradictory and unclear statements over what processes will be in place to prevent fraud if biometric systems fail during the eight hours of voting.

Four of the 18 candidates registered to contest for the top job dropped out of the race, but their names remain on the biometric voting devices.

The chief contenders are incumbent President Ashraf Ghani and his former deputy Abdullah Abdullah, both of whom came to power in 2014 after a bitterly contested election marred by fraud.