US response to Taliban firing on Afghan army surrendering commandos 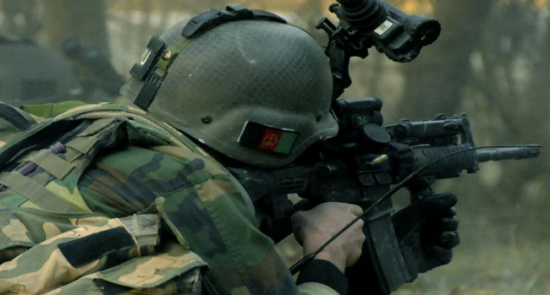 Ariana News Agency: The US government has called it a heinous act in response to the Taliban firing on Afghan special forces .State Department spokesman Ned Price said the United States condemned the Taliban.

A State Department spokesman added: “Washington has no reason to doubt the authenticity of the video of the firing on soldiers surrendered to the Taliban.”

An American media outlet has reported footage of army commandos being killed in the Dolatabad district of Faryab, showing a number of unarmed army special forces surrendering to the Taliban, yet being fired indiscriminately, which is against rules of war.

The Afghan government has denied reports by some media outlets that India is secretly providing military assistance to Afghanistan.

The Pakistani Express Tribune recently claimed in a report that planes carrying officials from the Indian consulate in Kandahar to Delhi had secretly brought military aid from India to Afghanistan.

According to the report, two C-17 transport aircraft of the Indian Air Force have delivered equipment and weapons to the Government of Afghanistan.The Afghan embassy in Delhi has stressed that these reports are not true at all.

Afghanistan and India signed a “Strategic Partnership Agreement” in 2011, but due to the sensitivity of the Islamabad government so far, Delhi upto now has sent only four Russian made helicopters in 2016 and has most of the times refused to send any further aid.