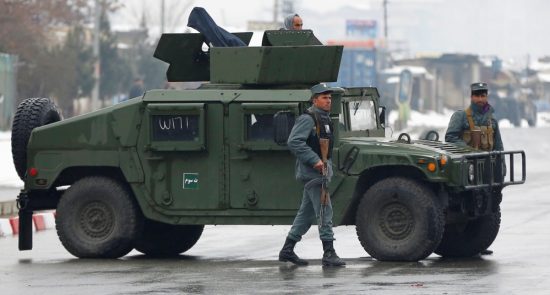 A U.S. air strike killed at least eight policeman in Afghanistan’s Helmand province, a government official said on Friday, the latest casualties from a rise in air and ground operations against the Afghan Taliban.

An American military spokesman called the deaths a “tragic accident” that occurred after Afghan security forces requested U.S. air support for an operation against the Taliban.

Omar Zwak, a spokesman for Helmand’s governor, said at least eight policemen were killed in the strike conducted by American forces on Thursday night.

Two senior officers were among the eight policemen killed. Another 11 policemen were wounded in a firefight with Taliban insurgents during the same security operation.

“Unfortunately, they were not and a tragic accident resulted. Afghan security forces as well as Taliban fighters were killed in the strikes,” he said.

American forces regularly provide support to Afghan troops in operations against the Taliban.

The U.S. official said they did not have the breakdown of the toll of people killed by the Taliban and in the air strike.

“We are examining the miscommunication to ensure it is not repeated and regret this tragic loss of life of our partners and are committed to improvement every day with every mission,” said Butler.

Helmand Governor Mohammad Yasin and government officials in Kabul said the air strike was being investigated. They did not give details of the incident.

The Taliban insurgents control or contest more than half of Helmand’s districts and regularly deliver heavy blows to Afghan forces, who have been struggling to hold off insurgents across the country. Fighting has accelerated during a series of peace talks aimed at ending more than 17 years of war.

In March, Taliban fighters attempted to overrun a U.S.-Afghan base in Helmand before they were repelled.

The Taliban has so far rejected ceasefire proposals, saying U.S. and NATO troops must first withdraw from Afghanistan.