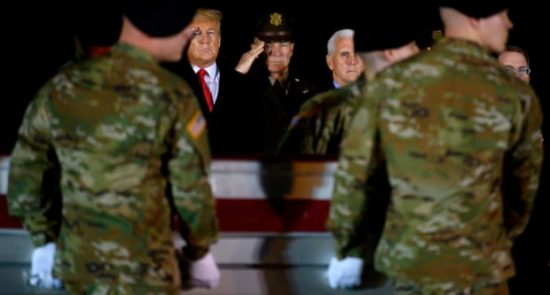 Donald Trump said on Sunday he is ready to sign a peace deal with the Taliban in Afghanistan if a temporary truce holds in America’s longest war.

Trump spoke to reporters as he left the White House for a trip to India.

There are more than 12,000 US troops in Afghanistan. According to the website icasualties.org, 2,448 Americans have died in combat there since the invasion in October 2001.

The US and the Taliban announced the truce earlier this month. It took effect last Friday and set the stage for a broader deal aimed at ending 18 years of war in Afghanistan and bringing US troops home.

If the truce proves a success, it will be followed by the signing of the peace accord on Saturday, wrapping up the longest-running US conflict and fulfilling one of Trump’s chief campaign promises.

For the Taliban, the successful completion of the truce and peace talks would bring a shot at international legitimacy, which they lacked at the time they ran the country and gave Osama bin Laden and his al-Qaida associates safe haven.

US officials have noted the possibility that “spoilers” could disrupt the truce. Determining who is responsible for potential attacks during the seven days will therefore be critical.