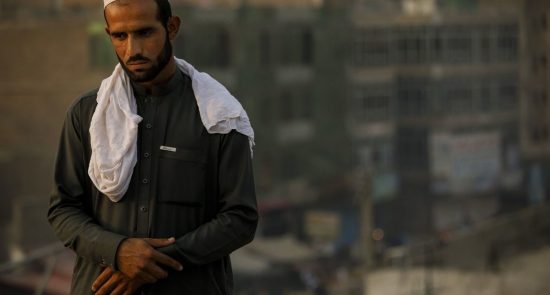 The Trump administration is pressing to open formal peace talks with insurgents in Afghanistan by April, a timetable driven by the president’s mounting impatience with the stalemated 17-year-old war.

Ariana News Agency- The short-term goal, current and former officials say, is a cease-fire agreement to at least temporarily curtail an alarming rise in attacks by Taliban insurgents that have caused hundreds of Afghan civilian and military casualties a month.

But prospects for a far-reaching political settlement still appear dim, and President Trump faces the risk of a political backlash if he pulls out and the country again becomes a failed state where terrorists could find refuge, as Osama Bin Laden once did.

Without signs of progress in coming months, Trump could face the same dilemma as his predecessors: withdraw all or most of 14,000 U.S. troops and risk a Taliban takeover, or leave them there indefinitely, even though he and his advisors consider the war unwinnable.

Zalmay Khalilzad, a former U.S. ambassador to Afghanistan whom Trump appointed in September to handle the peace initiative, is seeking to jump-start the talks. He has warned Afghan government officials who are reluctant to embrace the U.S. peace initiative that they cannot count on U.S. military support forever.

“We need the violence to stop,” said a senior U.S. official familiar with the internal deliberations. “This is a rare opportunity for every player in this.”

In hopes of convincing insurgents to come to the bargaining table, the Pentagon has dramatically stepped up airstrikes, dropping 5,213 bombs and other munitions on Afghanistan in the first nine months of this year, more than in any of the last five years, according to U.S. Central Command.

Taliban officials have said for years that their objective is for U.S. troops and other foreign forces to leave Afghanistan. Increasingly, that appears Trump’s objective, too — a confluence that in theory could leave room for a deal.

Trump said last month he is cautiously optimistic about ending the conflict, but added that it’s “a little bit too early to say what’s going to happen.”