Taliban: The United States has not committed itself to the provisions of the Doha Agreement 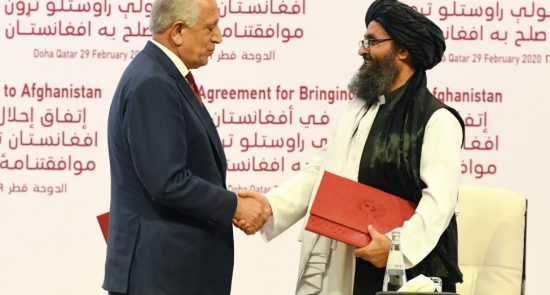 Ariana News Agency: The acting foreign minister of the Taliban interim government said the United States had not yet committed to the terms of the Doha agreement.

“Taliban officials are still on the US blacklist, and Washington has imposed sanctions on the Taliban instead of cooperating with them,” Amir Khan Mottaqi said.

The acting foreign minister of the Taliban’s government described the US refusal to release Taliban prisoners as another sabotage by Washington in implementing the Doha agreement.

“Washington was committed to helping rebuild Afghanistan and encouraging other countries to do so, but instead of cooperating, it has imposed sanctions on Afghanistan,” Amir Khan Mottaqi said.