Taliban Committed to US Peace Deal, Its Leader Says 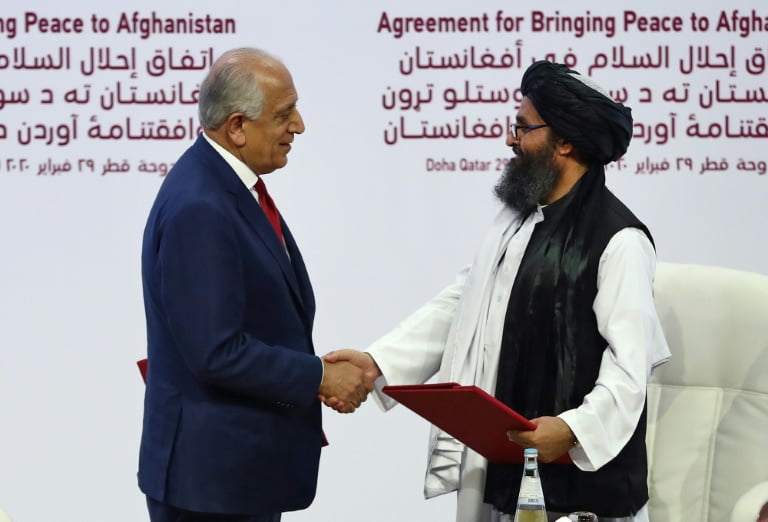 The leader of the Taliban said Wednesday that militants were committed to a landmark deal with the US, despite being accused of carrying out thousands of attacks in Afghanistan since it was signed.

In a rare message released ahead of the end of the Islamic holy month of Ramadan next week, Haibatullah Akhundzada urged Washington “not to waste” the opportunity offered by the deal to end America’s longest war.

“The Islamic Emirate is committed to the agreement… and urges the other side to honour its own commitments and not allow this critical opportunity to go to waste,” Akhundzada said in a statement, using the name the Taliban called Afghanistan when they were in power.

After months of negotiations, the Taliban and US signed a deal in February which stipulates Washington will withdraw all troops from Afghanistan by next year in return for security guarantees.

“I urge American officials to not afford anyone the opportunity to obstruct, delay and ultimately derail this internationally recognised bilateral agreement”, the reclusive leader said.

Akhundzada hails from the Taliban’s traditional bastion of Kandahar, and was appointed head of the group after a US drone strike killed his predecessor, Mullah Akhtar Mansour, in 2016.

Mansour had succeeded Mullah Omar, the one-eyed warrior-cleric who founded the group.

Akhundzada is a hardline religious scholar and a former head of the Taliban court system.

He outlined the political system he envisaged for Afghanistan after the exit of foreign troops.

“The objectives of our jihad… are freedom of our country and to establish an Islamic system,” he said.

“Every male and female member of society shall be given their due rights.”

During their previous rule in 1990s, the Taliban had implemented harsh Islamic punishments like public executions and amputations.

Men were forced to grow beards and women had to be fully covered. They had also banned girls above 10 years from going to school.

US President Donald Trump’s administration has made it a priority to end the war in Afghanistan, and in a bid to pull out foreign forces US officials have been pushing the Taliban and government leaders to hold peace talks.